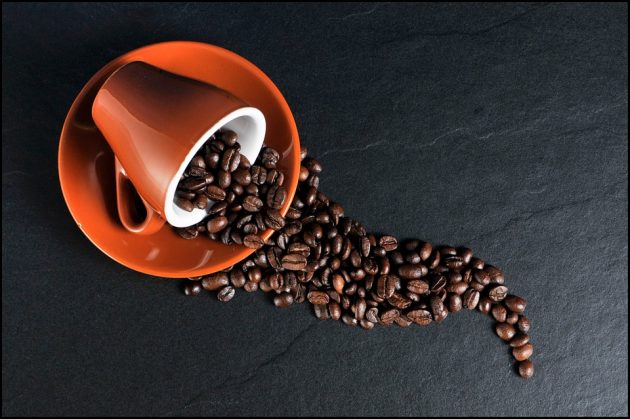 Coffee is one of the world’s most popular drinks, but that cup can come with a price of jitters or sleeplessness. The stimulant in coffee — the thing that gives it its kick and can lead to those jitters — is caffeine and it can be addictive.

Decaffeinated coffee is coffee with almost all of the caffeine removed; decaf coffee drinkers report less anxiety and improved sleep. But decaf is comparatively unpopular, representing only 10 per cent of the global coffee market.

This lack of popularity is in part due to the “Death Before Decaf” mentality of some coffee drinkers; for the more rational, the issue is taste. Commercial decaf coffee has been around for 100 years, but has tasted terrible, possibly due to the benzene, the powerful solvent that was used in extraction.

Our global population is growing and our planet is changing. Although we can feed today’s population, current agricultural techniques won’t keep pace and simply expanding existing agriculture could actually make things worse. Here’s where decaf coffee — or the science behind it — comes in.

Some of the approaches being explored to create a better cup of decaf are the changes that could create a secure food future. Historically, there has been opposition to the widespread adoption of genetically modified organisms (GMOs), but maybe the turning point will come through better-tasting decaf.

All commercially grown coffee contains caffeine. To produce decaf, between 97 and 99.9 per cent of the caffeine is removed. There are several ways to do this, but they all depend on the caffeine being dissolved out of the coffee beans before they are roasted. Natural solvents include CO2, coffee oil or water, but other chemicals are also used, including methyl acetate and ethylene chloride.

These processes not only decaffeinate coffee, but also extract or alter the other chemicals that give coffee its fantastically complex taste and health benefits.

But, could a better cup of decaf raise that 10 per cent of the global market? Probably.

Right now, there are two main routes to naturally decaffeinated — actually caffeine-free — coffee: find genetic variation in the wild or create it in the laboratory. In either case, the coffee grows without producing caffeine, eliminating the need for a decaffeination process and preserving the natural taste, and chemistry, of the bean.

There are over 130 species in the genus Coffea, but two species make up over 95 per cent of the global commercial coffee market, Arabica (C. arabica) and Robusta (C. canefora). Not all species of coffee produce caffeine, which begs the question of why most do. It is likely a defence against insects, but it also stimulates pollinators.

Cross-breeding caffeine-free species with Arabica or Robusta hasn’t, yet, yielded any coffee to market. There are also strains of the Arabica coffee that have a naturally occurring mutation that makes them caffeine-free, and work is ongoing to breed these with commercial varieties of Arabica.

Interestingly, while these plants don’t produce caffeine, they do produce theobromine, a close relative of caffeine and the stimulant more commonly found in chocolate. Coffee from these beans may still perk you up, although less than your typical cup, but these beans have also not yet made it to market.

Genetic engineering could allow us to turn off the entire caffeine synthesis pathway, avoiding the complication of theobromine. By editing the relevant genes, we could create beans that would grow caffeine-free and theobromine-free.

Low-caffeine Robusta has been created in the laboratory using a process called RNA inhibition (RNAi) to turn down activity of one of the genes involved in caffeine production by 70 per cent. This technique is promising, but almost 20 years after initial success, a coffee has not yet come to market.

It is also be possible to create caffeine-free coffee in the laboratory by using the gene-editing technique known as CRISPR-Cas9. This approach has been used to create hardy coffee plants that could withstand global climate change and could be adapted to create decaf.

One advantage of both laboratory techniques is that they could be done directly in a variety of coffee beans that already yield high quality coffee. Because the techniques don’t require creating hybrids, the entire process could be done in as little as six years.

So why haven’t decaf beans made it to market? Although there is almost universal support for engineering across the scientific community, there is a broad public mistrust of genetically modified foods.

Could a better cup of decaf tip the scale in favour of genetically engineered agriculture?

Modern agriculture must continue to evolve. Our warming planet and expanding population put the global food supply in jeopardy. Wheat, rice and soybean, for example, combine to provide two-thirds of human calories, but crop yields from all three are in decline as global temperatures increase. Modern, laboratory-driven agriculture has the potential to combat this threat by drastically increasing yields.

Similarly, globally, bananas are a dietary staple for 400 million people, but a fungus threatens to destroy commercial agriculture of this crucial crop. A genetically engineered banana could avert this disaster.

In these cases, the hurdle is public opinion and hesitancy related to consuming genetically engineered foods. Having conversations about the value of modern technology in supporting things that people need or hold dear — like a better cup of decaf coffee — can help us find common ground.

It is, in fact, really hard to overestimate the value of a good cup of coffee.