More than a decade ago, Agriculture and Agri-Food Canada scientists set out to control a common pest in potato crops that lay their eggs in potato vines. Here is how their research unfolded. 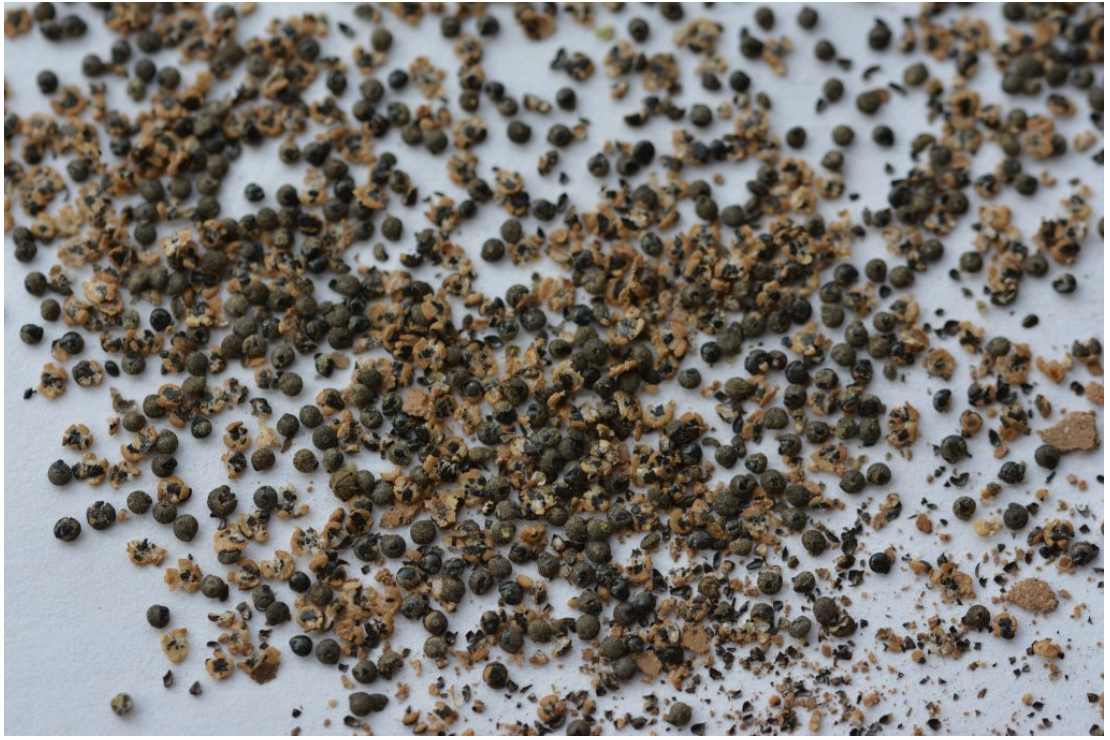 Weed seeds after running through the potato vine crusher that were planted in soil and petri dishes to determine weed population. Photos courtesy of AAFC.

In 2011, Agriculture and Agri-Food Canada (AAFC) scientists were researching ways to control European corn borer (ECB) populations, a common pest in potato crops that lay their eggs in potato vines after harvest and then mature the following year. As a way to target the pest at its source, they developed a piece of equipment dubbed the “potato vine crusher.” The novel equipment included two metal rollers, each attached to a motor, hooked up to a speed regulator running from a 10-horsepower generator. It was designed to attach to the back of a potato harvester; as potatoes were being harvested, the machine would crush the vines, killing the ECB larvae.

The potato vine crusher successfully reduced ECB populations. However, mature ECB have wings that allow them to fly from one potato field to another. In order to control populations in a given region, the majority of farmers, if not all, would have to adopt use of this new equipment. Unfortunately, this “all or nothing” approach caused the demise of the potato vine crusher.