A majority of respondents to our survey did not accept that Canadian political parties should be allowed to collect information about electors without their consent. 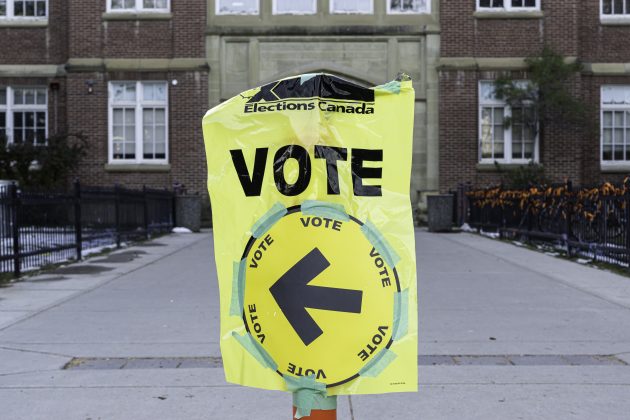 This federal election is a tight race that is driven, in part, by data. What happens to your information when you click on a party ad on social media, add your email address to a political party’s campaign, request a lawn sign, speak to a party representative by phone or speak to a door-to-door canvasser?

Quite possibly, your information is added to (or already in) a party database. This database may then be used to inform canvassers about your political interests and positions, inform party strategy, help parties decide where to send volunteers or to target political ads.

This data is valuable to parties. There are, however, potential risks for privacy and democratic engagement.

Does the knowledge that political parties are tracking you, and keeping your personal information in their databases, make you less likely to interact with them? That is the question our team set out to answer in August 2020, building on our past research.

We conducted a survey of 1,000 Canadians to find out how likely they were to engage with political parties by speaking to them by phone, in person or on social media. We sought to find out whether knowing that parties may collect extensive personal information from the public affected electors’ willingness to engage. Because it is an online survey, our results are not representative of the overall Canadian population.

Thirty-two to 34 per cent of respondents said they were somewhat or very likely to engage with campaigns in person, by phone or on social media. However, when confronted with the extensive collection of personal information by political parties, we found that a small but statistically significant portion of participants became less likely to engage with parties on social media. This indicates that parties’ collection of data may deter electors from engaging with parties online.

We also found that participants who had higher awareness of the types of personal data that parties collect showed higher concern about such collection practices. As people become more aware of parties’ data collection, their level of concern also rises, which could affect their willingness to engage with political parties or potentially attitudes toward engagement.

There are lots of reasons people may be worried about parties’ collection of personal information, especially given that Canadian political parties are not subject to privacy law, except in British Columbia. They are, under the Canada Elections Act, required to have privacy policies, but privacy regulators have no oversight or enforcement role.

Far fewer were aware that parties — as a 2019 investigation by the B.C. Office of the Information and Privacy Commissioner revealed — may collect information about political views (30 per cent), ethnicity (27 per cent), income (23 per cent), online activities (21 per cent), occupation (20 per cent), social media ID (19 per cent) or religion (17 per cent).

We asked respondents whether they considered political parties’ collection of personal information to be important for the democratic process. Only 28 per cent responded that the collection of personal information was extremely, very or moderately important for the democratic process. A large percentage said it was “not at all important,” of “low importance” or “slightly unimportant” — 45 per cent in total. This means that a large segment of participants are not convinced that parties’ data collection is necessary to democracy.