Federal election: How the next government can build a stronger foreign service

The Government of Canada’s investment in its foreign service and broader foreign policy apparatus requires a significant overhaul and increase in resources, expertise and staffing. 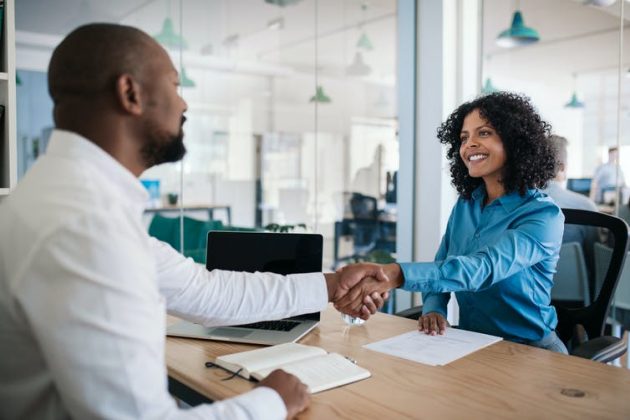 The management of human resources at Global Affairs Canada is needlessly complicated and poorly organized. (Shutterstock)

Developing a vision for foreign policy and carrying it out is hard work that requires the labour of those who work at Global Affairs Canada. And it is the job of the government to create a functional environment for this labour.

Over the past 15 years, their labour has been consistently under-supported and devalued by both former prime minister Stephen Harper and Prime Minister Justin Trudeau’s governments.

How might Canada develop, maintain and nurture a functional foreign policy in 2021? My answer is that the Government of Canada’s investment in its foreign service and broader foreign policy apparatus at Global Affairs requires a significant overhaul and increase in resources, expertise and staffing.

One cannot re-imagine Canada’s place in the world without the tools to execute that vision. I see two key avenues to supporting a foreign policy for the future: investment in people and investment in information.

Since the Harper era, many have identified the management of human resources at Global Affairs as needlessly complicated, poorly organized and slow to change. The problems include:

This has a series of unfolding consequences.

While there has been a small move in recent years to hiring more permanent foreign service officers, cohorts have been smaller and rarer than in eras past, after years with none at all. This means junior people joining Global Affairs have been on a series of contracts prior to any permanency, giving them little job security, less training, less influence and spotty union membership. It also means that turnover has been high, competitions for promotion have been rare and coverage of particular policy issues and regions of the world has been inconsistent.

The fact that this problem has existed for 15 years means that we are approaching a period where there will be gaps in management capacity, as those below it and younger people have been ignored.

In many cases, divisions are also understaffed for what they are expected to produce, with individuals covering multiple positions or policy areas. In fact, there are fewer staff now than there were in 2010 and challenges remain from the merger of the former Canadian International Development Agency and Department of Foreign Affairs and Trade.

A lack of a vision for foreign policy and a thinly stretched apparatus go hand-in-hand. A new government cannot develop a vision without the capacity to do so and they certainly cannot deliver on it, leaving both Canada and foreign policy labour treading water.

The department has not effectively invested in expertise on these policy issues and regions of the world, leaving Canada less capable of engaging abroad. While there is expertise within Global Affairs in terms of people, there is an identified need for nurturing it, strategically applying it and hiring and promoting people with a strong vision of where that expertise may be needed.

The solution here is a move towards a large increase in hiring and training, as well as a commitment to internal expertise and career support for employees. It is not just policies (like the Feminist International Assistance Policy) that need more money, but the human side of foreign policy needs increased spending in the long term as well.

This will allow for an increased presence and expertise abroad at Canada’s missions, especially in multilateral organizations — a commitment to multilateralism is limited when action does not follow words.

In addition to improving internal expertise at Global Affairs, knowledge and information are central to a successful future. This is part of a government-wide problem, as many have critiqued the information management system and the Access to Information and Privacy system. In addition to day-to-day work, it is also a problem for institutional memory in a more long-term sense.

Foreign policy is iterative, meaning that relationships with other states and organizations are constantly being built over time and policy issues. The ability to reach back into the immediate or long-term past is essential.

Maintaining institutional memory is difficult with turnover of people and it is also difficult without the ability to manage documents and policy history in an easy way. As a historian of Canadian foreign policy, I work with materials from Global Affairs Canada’s predecessors, often wondering how my questions could be answered in the future about policy issues of the present.

It is important to improve information and document management, as well as the human side of institutional memory. Preventing loss of knowledge can be managed in tandem with human resources and expertise development, but it can also benefit from reaching back into the past, in order to think about where Canada can go in the future.

Speaking about lessons from the past with those who are retired from Global Affairs is important, especially in thinking about what has gone missing during the tenure of recent governments.

In my research, I have found that retirees are thoughtful and reflective, holding key ideas about where Canada has been, what it can do and the good, the bad and the ugly of Canadian foreign policy. They have valuable thoughts on the role of a professional foreign service and a foreign service career that could support both an investment in people and an investment in the historical record as it applies to relationships abroad.