Don’t try to replace pets with robots — instead, design robots to be more like service animals

Robot pets are marketed as substitutes for living animals. Rather, we should use existing technologies to design robots that provide other services, like health care and lifestyle support 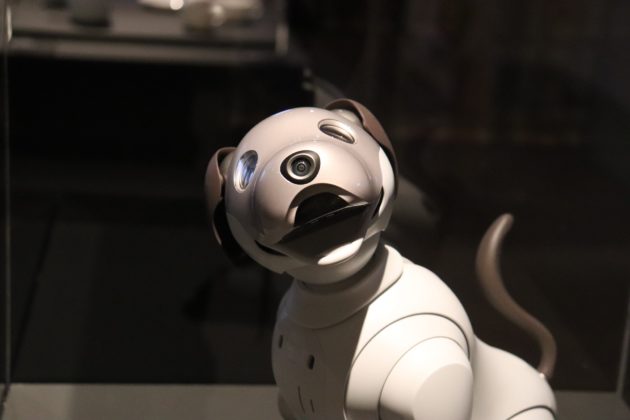 Image by Jacques GAIMARD from Pixabay

Robopets are artificially intelligent machines created to look like an animal (usually a cat or dog, but they can be any animal). There are numerous robopets on the market right now, being sold to consumers as “pets” or companions. There is an especially fervent effort being made to set caregivers’ minds at ease by buying these robopets for older adults to replace their deceased or surrendered companion animals.

Animal lovers will tell you they would rather have nothing than have a robot for a pet. While a robopet can be programmed to simulate the actions of a real animal, people know it is fake.

There should be a pivot from the companion-based marketing strategy for robopets — which has deep ethical issues associated with replacing emotional bonding between living beings — to address the needs currently being met by service animals.

In my research on the effects of the human-animal bond on human health, participants point out the reciprocal nature of their relationship with pets. The human showers the animal with love, yummy food, cuddles, scratches and pats, and the animal, in turn, responds with unconditional love. The vast majority also say that the non-human animals in their lives are family members, integral to their happiness and well-being.

It is condescending to present an adult with a robot and suggest that it will take the place of a loved one — whether that loved one is human or non-human.

However, there is a huge and, as of yet, untapped market for robopets and other social robots to perform the role of service robots. Let’s call them Serv-U-Bots. These personal service robots are different from those developed to replace humans in some manufacturing and service sectors.

Serv-U-Bots would be much like a robotpet — small, portable and intended for personal use — and would employ many of the technologies already built into social robots. These onboard sensors could include cameras for observation, microphones for audio recording, temperature sensors, communication technologies and even autonomous motion, moving around based on programnming rather than human input.

Serv-U-Bots would be programmed to replace service animals, which are currently raised and trained to support human mobility and independence. However, this is an expensive endeavour.

Many organizations that provide service animals have breeding programs, training facilities and huge budgets that are subsidized by donors or get charged back to governments, insurers or families. The Canadian Guide Dogs for the Blind graduates approximately 23 dogs per year from its training program, at an average operating cost of more than $74,300 per dog.

These dogs are not considered pets by the organizations that breed and train them. They are service dogs, trained to provide assistance. If their current placement ends due to death of the person they were helping or for other reasons, they are generally returned to the organization for another placement.

But what about replacing service dogs with Serv-U-Bots: social robots that are programmed to perform service related functions? We have the technological know-how to create Serv-U-Bots that can increase independence through programming that can provide an alert if the toast is burning, the kettle boiling, the doorbell ringing and so on. They could even take on the functions of medical alert dogs which can detect medical issues such as a seizure or low blood sugar, or alert the user to the presence of allergens.

Serv-U-Bots could even support older adults to continue to enjoy the companionship of animals by feeding them, checking that they have water and even cleaning the litter box.

If an automobile can be programmed to drive itself, avoiding obstacles and life forms, why not program a Serv-U-Bot to guide people around the city? They could also be programmed to facilitate actual interactions with living beings. This technology can save and enrich lives and help people to be mobile.

Serv-U-Bots would be able to support the independence and mobility needs of humans without exploiting non-human animals.