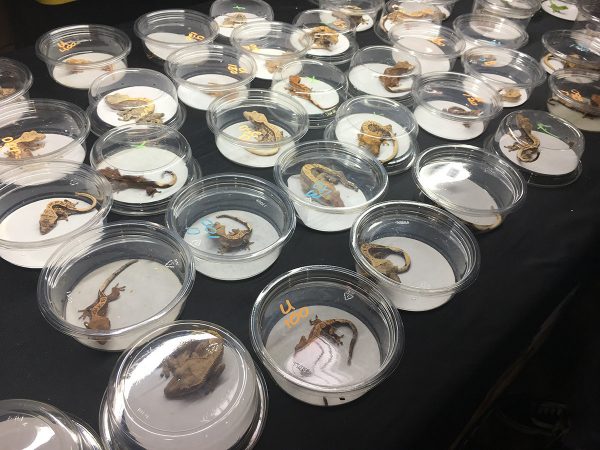 TORONTO — World Animal Protection is advising people not to buy an exotic pet as a gift this holiday season. These animals include turtles, lizards and exotic birds, such as parrots.

According to the charity, these animals are either snatched from their natural environment or bred in captivity and suffer from the exotic pet trade.

Exotic animals are often shipped long distances before reaching their new home. Mortality rates are thought to be high, one study suggests that 81% of reptiles die in the trade annually. If they survive, they continue to suffer in owners’ homes because they are not provided with adequate food, space, and enrichment.

Polling of Canadian exotic pet owners conducted by Strategic Communications Inc. showed that 43% surveyed acknowledged to have bought their animal on impulse.

“It’s really pet stores, like PetSmart, that drive spontaneous purchasing behaviours because first time buyers tend to get their animals at those types of stores,” said Michèle Hamers, Wildlife campaign manager with World Animal Protection, in a prepared statement. “Uninformed first-time owners only realize after they bring them home, that taking care of an exotic animal is difficult and expensive.”

When owners decide that they can no longer care for their exotic pet, they are disposed of at shelters or may end up being released into the environment, potentially causing harm to the ecosystem, as has happened with red- eared slider turtles.

There is also a risk for humans when purchasing an exotic pet because they can carry diseases that can be transmitted to their owner, such as salmonella.

World Animal Protection’s desktop research shows that there are over 300 exotic animal breeders in Canada who breed exotic birds, reptiles and small mammals.

Hamers adds that, “Most of these wild animals suffer at every step in the trade chain. The breeding and sales of exotic animals is often poorly regulated and many of these businesses operate according to their own standards. The truth is that captivity can never replace a natural environment and it’s nearly impossible to meet the complex needs of a wild animal to keep them happy and healthy. We understand most owners mean well, but wild animals do not belong in captivity, so please think twice this holiday season.”