Argo: the story behind the hulking eight-wheeled ATV you always wanted

A made-in-Canada success story that has nothing to do with Ken Taylor, Iran or Ben Affleck 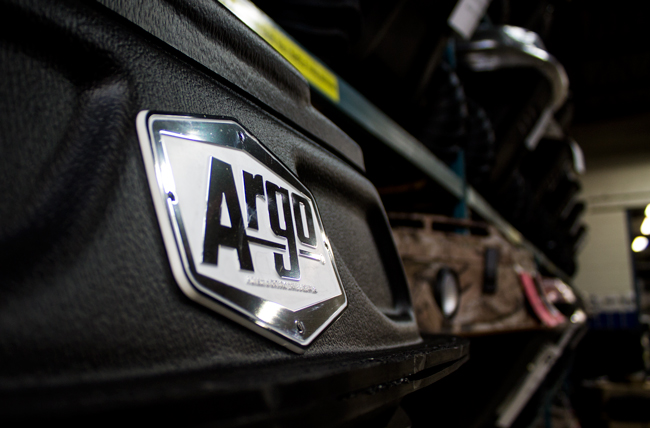 NEW HAMBURG, Ont.—Miles off-road, right hand gently opening the throttle as you inch toward the edge of some nameless river in the wilds of Northern Ontario—this is the place where every other all-terrain vehicle meets its match—the place where seasoned, mud-splattered off-roaders are forced to admit their Polaris, Arctic Cat or Suzuki never learned to swim.

There’s a moment’s hesitation when you slip down the riverbank, a sinking feeling as you begin easing into the water. It only lasts a moment though—before your Argo’s front end springs up, wheels leaving the mud of the riverbed. Then you’re cranking the throttle again, and the engine revs as eight specially-webbed tires propel you across the surface. 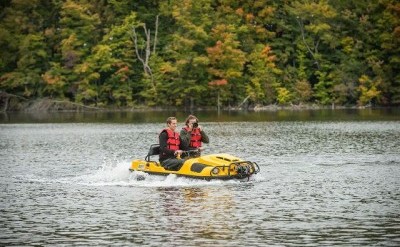 Argo’s amphibious all-terrain vehicles are designed to get off-roaders places no other single vehicle can. PHOTO: Argo

“If you’ve got an application where you’ve got to get across a swamp to reach your drilling site or you’ve got a lake as part of your first responder territory, you can’t go with a Polaris, or a Kubota,” Argo’s project development manager, Matt Chandler said. “You need a vehicle that will be able to get you anywhere.”

Argo is that vehicle—and while the company faces challenges from competitors as well as belt-tightening in one of its biggest markets, the nearly 50-year-old Ontario business is thriving as it continues redefining how far off-road vehicles can go.

The first Argo rolled off the line in 1967, and since that time, the manufacturer has shipped its vehicles around the world. From its base in the small town of New Hamburg, Ont., the company has leveraged its reputation as the world-leader in amphibious off-road vehicles into a global business. Today, Argos are on the ground in more than 200 countries worldwide, exploring everything from the muskeg of Northern Canada to the foothills of the Himalayas and the volcanic rainforests of Costa Rica.

They’re used in oil and gas and mining exploration, by search and rescue teams, utility companies, militaries, as well as regular consumers with a flair for adventure. Continuing to push the limitations of its technology, the company is even under contract from the Canadian Space Agency, working to produce a rover that may tour in the Moon in 2020. 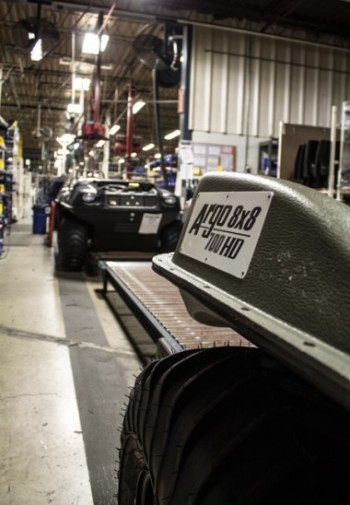 “One of the incredible features of the Argo is its diversity of commercial applications,” Bernhard Wagenknecht, the company’s vice-president of sales and marketing, said. “The market for our products is a thousand miles wide and two inches deep, meaning that nearly every industry has an application for our vehicles, however small.”

A division of Ontario Drive & Gear Ltd., which employs about 350 workers at its two adjacent plants in New Hamburg, Argo nets approximately $65 million in annual revenue. It produces about 2,000 Argos a year, as well as approximately 200 beefed-up extreme-terrain vehicles known as XTs. The company’s sales are split relatively evenly between the commercial and consumer market.

In addition to having a unique product, Argo also has one major distinction when compared to many other North American manufacturers. Unlike other automakers, which rely on third parties, Argo manufactures an inordinate amount of its parts in-house—including its many steel components. According to Argo’s plant manager, Alan Wood, the company builds about 85 per cent of its parts at the New Hamburg plant—compared to the wider auto industry standard of 27 per cent. Argo also manufactures its vehicles entirely on orders; it takes three days from the beginning of the build process to the time a new Argo is rolling off the 14-person assembly line.

Aside from the seats, tires and exterior body, the vehicle is composed almost entirely of steel. Nevertheless, it’s two pieces of thermal-formed polyethylene plastic that give the Argo its trademark amphibiousness. The company fuses the two 160-pound slabs together using 184 rivets. 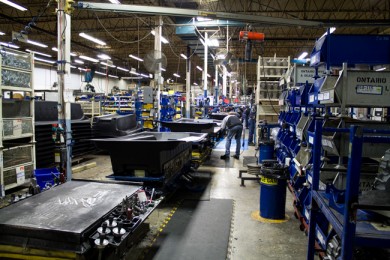 It takes three days from the time an order is first processed to the time the finished Argo rolls off the line. PHOTO: David Kennedy

“Because they’re waterproof and we are amphibious, we try to keep as few holes in them as possible,” Wood said.

Waterproofing is also the explanation behind using two large plastic sheets to form the upper and lower parts of the body, instead of a number of smaller components.

Like all Canadian manufacturers though, Argo faces a unique range of challenges.

Despite its niche position in a range of commercial and consumer markets, Argo has not escaped the fallout from falling oil, gas and commodity prices over the past 18 months.

“Historically, one of the biggest commercial markets for the company was oil and gas, primarily out in the oil fields,” Chandler said. “Obviously that’s completely taken a nose dive in the past few years with the price of oil being what it is.”

As prices continue to languish, Wagenknecht said Argo is shifting away from oil and gas companies toward the fire and rescue and utilities markets. Argos with add-ons such as stretchers, hoses and water tanks are some examples of specialty products Argo has introduced to cater specifically to emergency services. Meanwhile, the company will introduce an upscale Argo known as the LX this spring. The addition is designed more for comfort and long rides than any current Argo model. The company also hopes to attract a more diverse crowd to the brawny machine—today men account for 95 per cent of consumer sales. 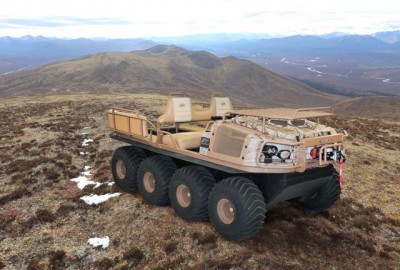 Argos are on the ground in over 200 countries around the world. They have explored some of the world’s most inaccessible terrain. PHOTO: Argo

“While sales in the oil patch have not been quite as strong as previous years… we have honed our ability as a global exporter to take advantage of growth wherever we can find it whether that means safari lodges in South Africa, wind turbine farms in China or banana plantations in Guadeloupe,” Wagenknecht said. “We continue to see exports as a way to maintaining both growth and our competitive advantage and are not content to simply rise and fall by the price of oil.”

And as Argo ships its vehicles overseas, the company is not modest about touting its made-in-Canada reputation.

“At a time when the economic narrative seems to continue to be the hollowing out of the Canadian manufacturing sector, we’re extremely proud to have successfully weathered the storm,” Wagenknecht said. “The fact that a company in a town as small as New Hamburg can lay claim to the title of the world’s number one producer of amphibious extreme terrain vehicles proves that Canadians can still be players on the global automotive stage.”