Trump to Congress: Talks about fixing trade deals, not about scrapping them

In his address to Congress, the president did not even mention NAFTA by name 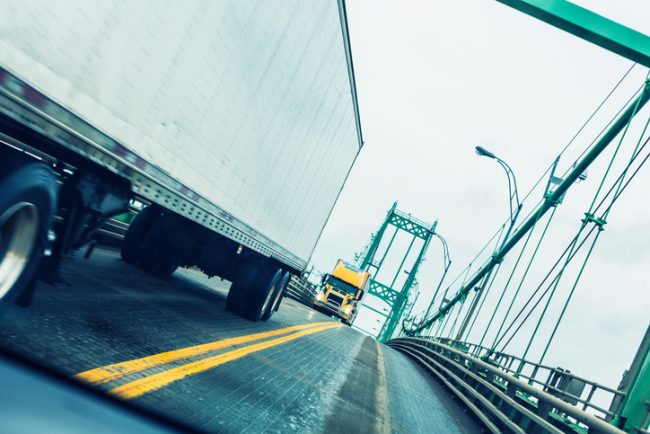 The trade deal has been at the centre of Trump’s trade policy in recent weeks. PHOTO: Getty Images

WASHINGTON—Facing scores of his fellow Republicans publicly pleading with him not to cancel NAFTA, U.S. President Donald Trump refrained from his oft-stated threat to scrap the continental pact while promising to fix trade deals during his prime-time address Jan. 30.

In his first State of the Union, the president did not even mention NAFTA.

“We will work to fix bad trade deals and negotiate new ones,” Trump told lawmakers gathered in the House of Representatives for the annual address.

“America has finally turned the page on decades of unfair trade deals that sacrificed our prosperity and shipped away our companies, our jobs, and our wealth. The era of economic surrender is totally over.

“From now on we expect trading relationships to be fair and—very importantly—reciprocal.”

It was the same message in a fact sheet on the speech issued by the White House. The White House release spoke of how Trump was renegotiating and modernizing NAFTA, in what it called the first renegotiation of a major trade agreement in U.S. history.

In recent weeks, the president has sounded somewhat positive about the state of negotiations, telling the Wall Street Journal for instance that they were achieving progress.

The speech came several hours after a strong show of support for NAFTA from his own party.

A clear majority of Republicans in the Senate released a letter urging him to remain in the agreement. It was signed by 36 members, which represents about 70 per cent of the 51-seat Republican contingent in the Senate.

“NAFTA supports 14 million jobs, representing thousands of jobs in each of the 50 states,” said the letter from Republican senators.

“Mr. President, your leadership has jump-started our economy. The recent tax reform bill is already leading to economic success across all industries and the stock market is at record highs. The next step to advance the economy requires that we keep NAFTA in place, but modernize it to better reflect our 21st century economy.”

The letter and speech came after a week-long NAFTA round where the U.S. trade czar saluted minor progress, but stressed that he wants to see more. The Trump administration faces a decision about what to do after the current schedule for talks ends in March.

That trade uncertainty, so far, hasn’t done much damage to the overall the U.S. economy.

In fact, Trump’s speech celebrated that in the current climate, stoked by new corporate tax cuts, unemployment is at a long-term low and manufacturing has seen an uptick. He noted the car companies building plants in the United States: “Something we haven’t seen for decades,” Trump said.