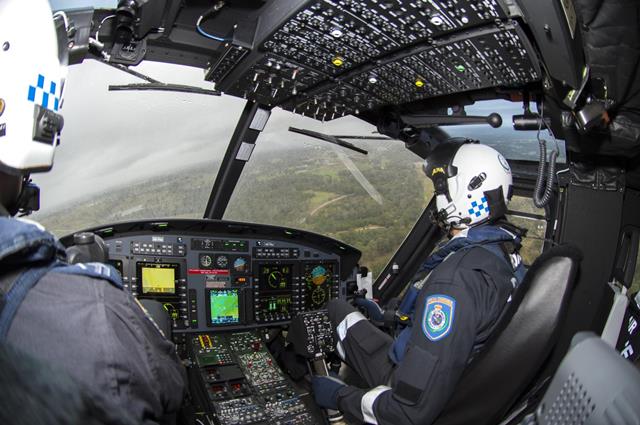 The cancelled deal would have been worth approximately $300 million. PHOTO: Bell Helicopter

OTTAWA—The Trudeau government has appointed a new chair of the Crown corporation that facilitated a controversial helicopter deal with the Philippines, and ordered the organization to become less reliant on selling arms.

The shake-up at Canadian Commercial Corp. was announced Feb. 13 by International Trade Minister Francois-Philippe Champagne as he confirmed the Philippines had formally cancelled the helicopter deal.

The Philippines originally planned to buy 16 aircraft from Montreal-based Bell Helicopters for an estimated $300 million.

But that was before concerns were raised that the Philippine military could use the helicopters to commit human-rights violations during the course of operations against terrorists and communist rebels in the country.

The Liberals initially defended the contract, saying the aircraft would only be used for search-and-rescue and disaster relief, but ordered a review after the Philippine military official revealed they would be used for “internal security operations.”

In response to the review, Philippine President Rodrigo Duterte lashed out at what he described as restrictions on the use of military equipment against terrorists and rebels before ordering military commanders to kill the deal with Canada.

In a hastily called news conference outside the House of Commons, Champagne confirmed that the deal had been officially nixed even as he defended the Trudeau government’s actions in relation to the contract.

“With respect to the end use of these helicopters, human rights is a key component of foreign policy and our trade policy and it was the right decision to launch a review,” he said, adding that he would talk to Bell Helicopter in the coming days.

The trade minister also revealed that businessman Doug Harrison, who heads an international transportation and logistics company based out of Richmond, B.C., had been appointed chair of the Canadian Commercial Corp.

Harrison takes over from Stephen Sorocky, the Toronto-based investor who had served as interim chairman since 2016. A senior government official said the process to select and appoint Harrison pre-dated the helicopter deal with the Philippines.

“As part of a renewal process, I’ve appointed a new chair of the board,” Champagne said. “And it is our aim to diversify. We wanted to diversify our portfolio and we will continue that and be less reliant on the defence sector.”

The CCC is responsible for selling Canadian goods to foreign governments, including arms and military equipment, which the previous Conservative government emphasized as part of its mandate.

But the Crown corporation has been criticized by arms-control groups and others for secrecy and not doing enough to take human rights into account before concluding deals, particularly with developing countries.

It previously played a central role in the multibillion-dollar sale of Canadian-made armoured vehicles to Saudi Arabia in 2014, which the Trudeau government has continued to support despite opposition from various corners.

The helicopter deal was only made public when the Philippine military revealed the purchase; Champagne has said the contract was signed under the auspices of a previous agreement and that neither he nor any other ministers were asked to sign off on it.