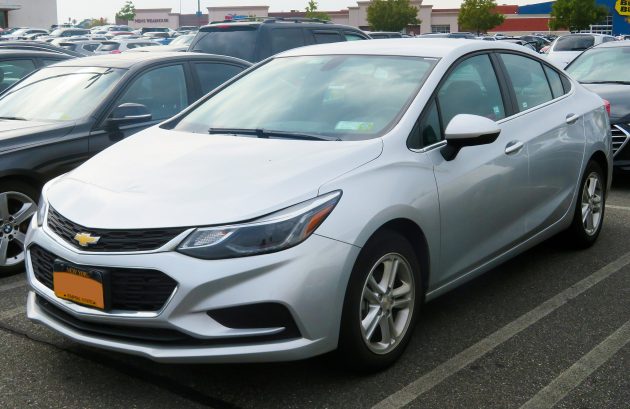 TOLEDO, Ohio – General Motors will end production this week at the first of five North American plants it wants to close by early next year as part of a companywide restructuring.

The plant closings come as the Detroit-based automaker moves toward shifting its focus to making trucks, SUVs and electric and autonomous vehicles.

The United Auto Workers has sued GM over the closings, which still must be negotiated with the union.

Related:
GM extends life of its only Detroit factory until early 2020

Ohio’s political leaders along with union officials and workers are leading a campaign to save the Lordstown plant, but more than 300 already have transferred to other GM factories.

The plant employed more than 4,000 people just a few years ago, but it has been down to 1,400 hourly employees in recent months.

President Donald Trump blasted GM in November after it announced plans to shed up to 14,000 workers in North America. He singled out the Ohio plant as one he wants to stay open.

The Lordstown plant has been a focal point because of the president’s pledge at a rally last year in nearby Youngstown, where he told people not to sell their houses because manufacturing jobs were coming back.

GM targeted the plant because of flagging demand for the subcompact Cruz sedan, which still will be produced in Mexico.

Village and school officials in Lordstown hope GM will give the factory another product to put people back to work.

“They have been a great neighbour, and I’m not going to count them out,” Lordstown Mayor Arno Hill said. “If they’re going to revamp that plant, it’s a lot easier when there’s no production in it.”

Lordstown, a village of about 3,200 people, sees about 40 per cent of its budget come from income taxes paid by plant employees, Hill said.

The threat of the plant closing has shaken the tiny Lordstown school district and its 550 students and prompted adjustments, said Superintendent Terry Armstrong.

Senior nights for winter sports were held early, so athletes could have both parents attend.

Community food and clothing pantries have been set up to help families affected by earlier layoffs at the plant, Armstrong said. He expects enrolment to drop as families sell their homes and take jobs with GM in other states.

The automaker has said most of its blue-collar workers who lose jobs in the U.S. will be able to transfer to other plants in the Midwest and South.

The other plants slated to close are assembly plants in Detroit and Oshawa, Ontario, and transmission plants in Warren, Michigan, and near Baltimore.

Related Stories
Judge: workers at GM plant in Ohio can continue with lawsuit against automaker, UAW over pay
GM to lay off 2,000 workers at plants in Ohio and Michigan
GM cuts shift at Ohio car plant, will lay off up to 1,500
GM installing 2.2-MW solar array at Ohio assembly plant