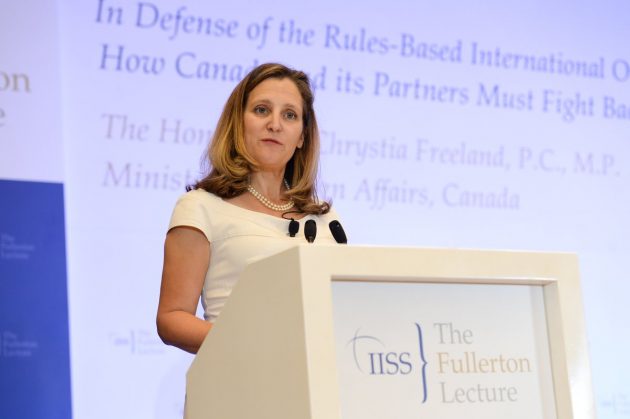 WASHINGTON – Foreign Affairs Minister Chrystia Freeland and her counterpart, U.S. trade czar Robert Lighthizer, are expected to meet in Washington today after what was expected to be a long night of work by their NAFTA negotiators.

The two lead ministers on the North American Free Trade Agreement held their own lengthy meetings in Washington on Wednesday – talks that Freeland characterized as productive and constructive.

Canada and the U.S. need to present an agreed-upon text to the U.S. Congress by Oct. 1 in order to join the deal the Trump administration has signed with Mexico.

President Donald Trump is threatening to move ahead on a deal that excludes Canada, but he also needs a win on trade ahead of midterm elections in November that will test his ability to keep control of Congress.

Trump and Prime Minister Justin Trudeau traded barbs Wednesday, with each saying they were willing to walk away from NAFTA if they don’t get what they want.

The latest from PLANT: