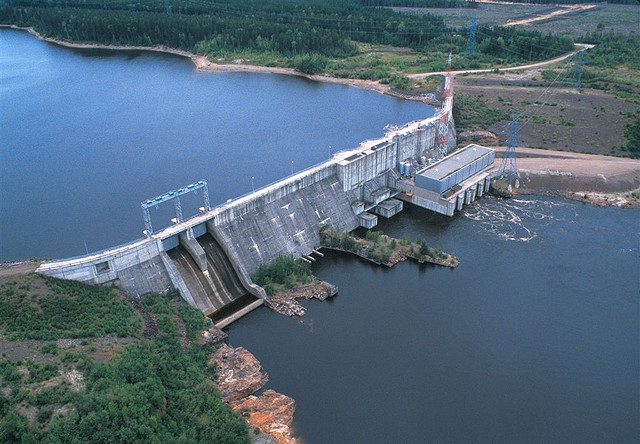 CALGARY—A commitment to increase non-emitting, clean power generation being made at this week’s Three Amigos summit in Ottawa is expected to boost Canadian electricity exports as well as the export of clean power expertise.

The leaders of Canada, the United States and Mexico will commit to work toward generating at least half of their electricity from clean power sources by 2025, American and Canadian officials confirm. That total is to include renewable energy, nuclear power, carbon capture and storage and cutting energy waste through increased efficiency.

Canada has over 80 per cent clean electricity generation by this measure, so it could be in a position to boost its power exports to the United States by billions of dollars, said Sergio Marchi, president and CEO of the Canadian Electricity Association.

“We have been running a (power trade) surplus of about $3 billion annually,” Marchi said. “I think we can double and triple that.”

According to the White House, North America’s non-emitting power generation score as a whole is about 37 per cent. The U.S. percentage is 32 per cent and Mexico is at about 25 per cent.

Mexico’s power system is operated by an arm of the government, said Sean Emmond, regional manager in Mexico City for Export Development Canada. It set an ambitious goal in 2014 to take clean power generation from 17 per cent to 35 per cent by 2024 and has been welcoming foreign firms that can help out, including Canadians.

Meanwhile, Marchi said the summit commitment, combined with a recently announced U.S. plan to move to cleaner power generation there, make him confident that Canada will be able to profitably grow its electricity exports.

Chief operating officer Siegfried Kiefer of Calgary-based Atco Group agreed that the summit pledge is “a fantastic opportunity” for Canada to export more power to the U.S.

“We can export both using our natural resource in Canada to generate electricity and export it to the U.S., or export our expertise in building dams and managing hydro facilities in an environmentally friendly way.”

However, he said direct power exports from Canada to Mexico, while theoretically possible, are impractical given the cost and distance.

Kiefer said Atco is already helping Mexico build cleaner power generation through projects overseen by its 28-person office in Mexico City, including putting together a potential bid to build a hydroelectric project in southern Mexico.

He wouldn’t give any details on size, location or cost due to concerns over tipping off competitors, but said the project could be submitted to an annual electricity auction managed by Mexico’s federal electricity commission.

Guelph, Ont.,-based Canadian Solar had a successful bid in the first such auction earlier this year, winning the right to build a 63-megawatt solar project in north-central Mexico expected to be commissioned in 2018. The deal comes with a 15-year guaranteed price for the electricity.