Renewables surging in electricity market: cleantech made up nearly half of new generating capacity in 2014 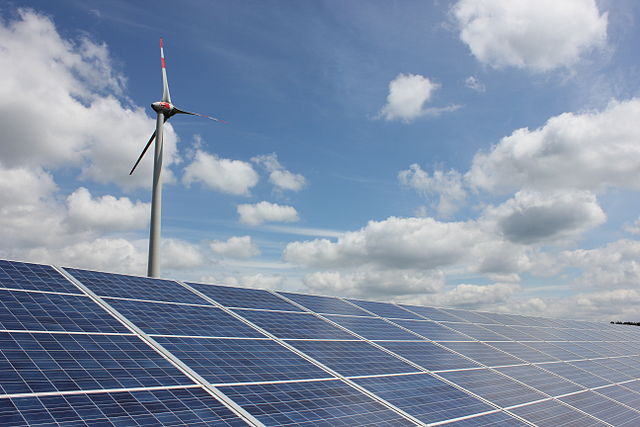 PARIS—Renewable energy sources are living up the hype.

Wind, solar and other green sources of power accounted for nearly half of the world’s new power generation capacity in 2014, and the surging growth is unlikely to slow any time soon, the International Energy Agency said in its latest World Energy Outlook report.

“In advance of the critical COP21 climate summit in Paris, there are clear signs that an energy transition is underway,” the agency said.

With mandatory energy efficiency regulations now or soon to be in place in countries making up more than one-quarter of the world’s global energy consumption, and a significant number of climate pledges submitted in advance of the upcoming Paris climate talks, a worldwide commitment to addressing carbon dioxide emissions has set the stage for renewables to become the leading source of the world’s energy supply by 2040, the report says.

The IEA expects power-sector renewables to overtake coal as the largest source of electricity generation by the early 2030s. Meanwhile, it forecasts the EU will generate 50 per cent of its electricity with renewables by 2040; while China and Japan will attain 30 per cent; and the U.S. and India 25 per cent by that date.

Despite the positive sentiment about the burgeoning sector, the IEA warns “a major course correction” is still needed to address the world’s climate goals.

Using the agency’s 2015 model, emissions will translate to a long-term temperature increase of 2.7 C by 2100, making sustained action and a strong outcome in Paris imperative to international climate goals.

Related Stories
Complacency on energy amid low oil prices and growth in renewables, a ‘grave mistake,’ IEA warns
Most Ont. electricity rates to go up due to higher generating costs
Renewables to claim two-thirds of power plant investments over next 25 years
Two-thirds of Canadian electricity now comes from renewables
Manufacturing In Focus