"Canadians should be under no illusions that a free trade deal with China will be easy," the prime minister said before concluding his four-day visit to China 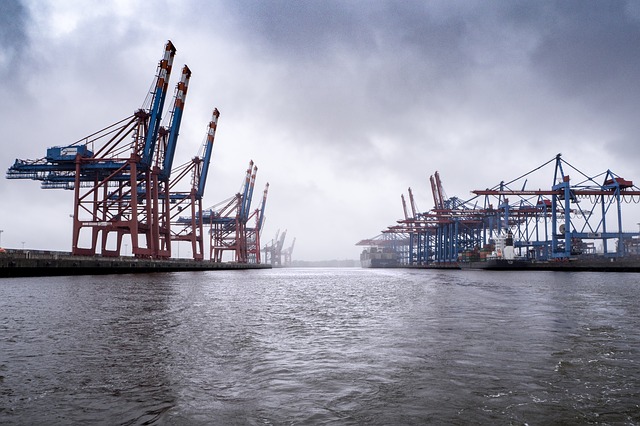 Canadian exporters are looking increasingly to China as a growth outlet, but a trade deal may not come quickly

GUANGZHOU, China—Prime Minister Justin Trudeau departed China on Dec. 7 without securing the start of free trade talks with the world’s second-largest economy, but said Canadians need to lower their expectations about just how quick that will happen.

Trudeau said differences need to be addressed on how Canada deals with China’s state-owned enterprises. Separately, he also said he is committed to standing up for Canadian values in a “respectful way,” including protecting the interests of Canadians behind bars.

“Canadians should be under no illusions that a free trade deal with China will be easy,” Trudeau told reporters before returning to Canada after a four-day visit.

Before agreeing to formally start talks, the government wants China to agree to a broad framework that will incorporate its so-called progressive trade agenda, which would formally place the environment, labour, gender and governance issues on the bargaining table.

Trudeau suggested that getting China to agree to other parts of his progressive agenda isn’t an insurmountable challenge.

“Trade has been an essential element in their success in lifting hundreds of millions of people out of poverty and into the global middle class.”

International Trade Minister Francois-Philippe Champagne stayed behind in Beijing to continue discussions over the last two days while Trudeau travelled south to China’s industrial heartland to attend the Fortune Global Forum, a major gathering of international chief executives, which Canada will host next year.

Champagne was due to return to Canada on Thursday with Trudeau, leaving the trade discussions stalled at the exploratory phase.

“There was good progress made and we expect that work to continue in the weeks ahead,” said his spokesman Joe Pickerill.

The government faced criticism for allowing the takeover of Norsat by Chinese-based Hytera Communications Co. Ltd. without a full national security review. Vancouver-based Norsat makes radio systems and transceivers used by the American military and other NATO partners.

And it is now weighing a proposal by a Chinese firm to buy the Canadian construction company, Aecon, which has been involved in landmark projects like the CN Tower.

“As a socialist economy, China has a significant role for public ownership of enterprises that is simply characteristic of their approach,” Trudeau said.

He future discussions would “reflect on the challenges, the opportunities, the advantages, the inconvenience when two systems that are different try to collaborate so we can create benefits for both groups of citizens.”

Trudeau said he didn’t back down from raising consular cases in his meetings with Chinese leaders, including the detention of two British Columbia winery owners involved in a customs dispute.

Trudeau said he pays closer attention to consular cases than past prime ministers—perhaps, he said, “because I spent a lot of time backpacking around the world when I was younger.”

The prime minister also reiterated his support for a free press when asked about a scathing Chinese newspaper editorial that chastised the media travelling with him for unfair coverage of their country.

“You play an essential role: a challenge function, an information function,” he said. “That is a perspective shared by many and it’s one that I am very happy to repeat today.”

As Trudeau travelled back to Canada, analysts were underwhelmed by what he accomplished in China.

“The visit seemed strangely unprepared,” said Wendy Dobson, co-director of the Rotman School of Management at the University of Toronto, who called the trip “a missed opportunity to deepen the relationship and diversify our markets.”

Paul Evans, an Asia expert at the University of British Columbia, said the trip was “successful in the minimalist sense” because it managed to fulfil a commitment by both sides to hold a leaders’ meeting each year.

Wenran Jiang, director of the Canada-China Energy and Environment Forum, said the delay in formally starting the talks “will only further convince the Chinese side that Canada can’t get anything done.”

“We can’t build a pipeline to the west coast when every reason is there to get it done,” he added.

“We are a country of complacency, without pressure to compete with others; we tend to think we have all the high moral grounds on gender, environment, labour while others are inferior to us.”

Despite the differences on trade, Trudeau was warmly welcomed by President Xi Jinping and Premier Li Keqiang in Beijing, as well as various other Chinese officials. And the prime minister returned the sentiment, repeatedly referring to how influential his travels 22 years ago as a student backpacker had been on him.

His continued affinity for China appeared undiminished on his last day as he toured a 19th Century temple and witnessed a traditional lion dance by six dancers energetically flailing in three separate red costumes.

Before performing a traditional eye-dotting ritual on the costumed head of one of the dancers at the Chen Clan Academy, one of his Chinese hosts declared:

“We will awaken the lions.”