A free trade deal would give Canadian businesses better access to the huge Chinese economy, but also expose them to significant risks, including less-stringently regulated competitors 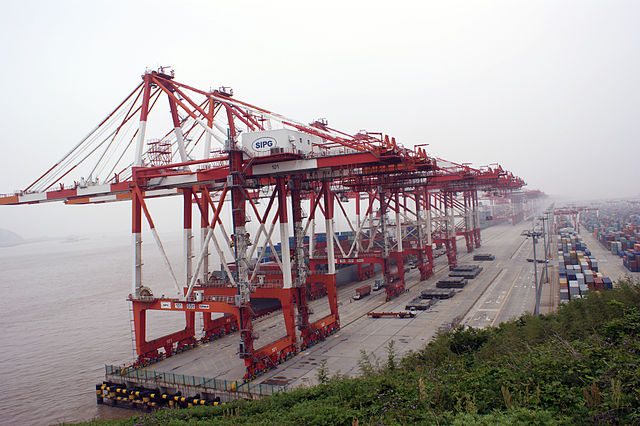 The newly released report summarizes the issues that more than 600 businesses, academics and civil society groups believed must be resolved before Canada signs a free trade deal with China. PHOTO: Bruno Corpet/Wikimedia

OTTAWA—A sweeping federal report shows that Canadian businesses aren’t sure a free trade pact will solve all the concerns they have about dealing with China.

The newly released report summarizes the issues that more than 600 businesses, academics and civil society groups believed must be resolved before Canada signs a free trade deal with China.

Among those concerns was that further liberalizing trade could kill Canadian businesses and jobs as companies can’t compete because of lax labour standards, lower environmental requirements, and state subsidies in China, the report says.

These Canadian groups were adamant that failing to address these issues would only further the hollowing out of the Canadian manufacturing sector.

There was skepticism that a free trade deal could “meaningfully address the full spectrum of challenges faced by Canadian businesses trading with China,” the report said.

Stakeholders said any trade pact needed a robust dispute resolution mechanism to ease concerns about the Chinese government’s “willingness or ability” to adhere to obligations under any future agreement.

China is the world’s second-largest economy, and already a top trading country for Canada.

Widening that trade relationship has been the subject of exploratory talks this year, which the government describes as a way to “test the waters” to see if there is enough common ground to launch full-fledged negotiations.

Canadian businesses are interested in a free trade deal with China to help them compete with competitors in countries like Australia, New Zealand and Korea that have unfettered access to the Chinese market.

The consultation report says the gains for domestic companies could boost the fortunes of farmers, fish and seafood producers, as well as advanced manufacturing, tourism, and service industries.

Chinese officials have indicated publicly they are in no rush to sign an agreement, suggesting the big winner would be Canadian businesses who could access a country with 1.3 billion people, while Chinese businesses would have access to a country of 36 million.

The consultation report showed the same concerns from stakeholders who were nervous balancing free trade talks with China and separately with the United States, “in light of U.S. concerns with Chinese steel overcapacity and unfair trade practices.”