Breaking out of the Canadian bubble: why exporting is a critical strategy

Opportunities for rapid growth are plentiful for Canadian businesses, but most of them lie beyond our shores 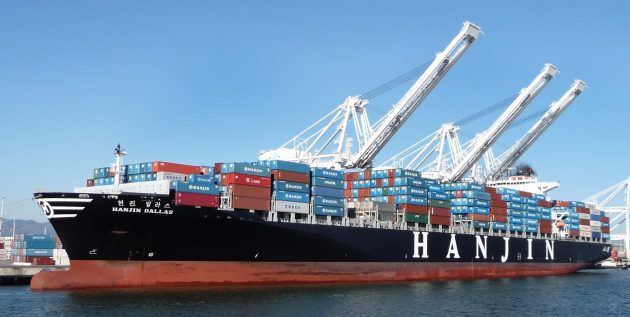 Exporting can provide Canadian businesses a chance to tap into 98.5 per cent of the global economy. PHOTO: Ingrid Taylar via Flickr

TORONTO—The Canadian market is small, very small. In fact, it accounts for only 1.5 per cent of the world’s economy. For ambitious executives, the other 98.5 per cent is out there, waiting to be explored.

“If you’re in Canada, you’re experiencing low or modest domestic growth. If you’re looking to aggressively expand your business, and if you’re looking for growth, you’re not going to find it through general economic activity here (in Canada). You’re going to have to find it in other places,” said Mitchell Osak, managing director of Strategic Advisory Services at Grant Thornton.

Osak burns up a lot of frequent flyer miles laying the groundwork for clients who are looking to make inroads in foreign markets. He preaches the importance of exporting for growth-motivated businesses.

Exporting isn’t just a means of expansion, either. Osak believes trading internationally is as much a defensive strategy as it is an offensive one.

“Let’s say Canadian companies are facing an onslaught of low-cost Indian and Chinese goods. They could respond to that by dropping their prices in Canada and hunkering down. Or they could say ‘we’ll compete as much as we can, but we’ll look to replace our volume or our revenue by expanding into the U.S.’ So that revenue growth in the U.S. offsets the revenue you could lose in Canada, “Osak said.

“An exporting company in a lot of ways will be a lower risk company than a company that’s strictly tied into the local market,” he continued.

Exporting can also serve as a bulwark against changing tariffs and trade regulations, something that business owners are at the mercy of whether they are trading internationally or not. Having multiple irons in the fire across several markets can provide revenue stability and smooth out costs in the face of the foreign and domestic regulatory changes that deeply affect Canada’s economy.

Diversifying your client base and investing in foreign markets can stabilize and protect your business, but these opportunities should be pursued not simply as a means of survival. Exporting is about growth.

Peter Biro is the CEO of Newcon Optik, a Toronto-based manufacturer of military laser and optics technology. Nearly 97 per cent of his company’s revenue comes from exporting.

“That has a lot to do with the nature of the equipment we make,” Biro said. “It’s not that there isn’t a need for it in Canada, it’s that you couldn’t make a living in the Canadian market alone. For us to start up, the market was somewhere else to begin with.”

Exporting is the life-blood of Newcon’s business, but even for companies with a comfortable foothold in their domestic markets, a growth strategy that doesn’t involve exporting is inherently limiting.

“If you’re a manufacturer of just about anything, even if you provide services, the chances are that the size of the local market is almost insignificant in comparison to what’s out there (internationally). So the question is, do you want to mine it or not?” Biro said.

There are risks associated with exporting, such as trade barriers, currency fluctuations, unreliable partners and regulatory speed bumps. But for Biro, the risks are worth it.

“There’s all kinds of problems and challenges that are invited by the ambition of doing business outside (Canada), but the reason you do it is because that’s where the business is,” Biro said.

Biro acknowledges that while there are exceptions to this, with the rapid pace of globalization, even specialists with niche markets need to consider foreign trade.

“You’ve got to be global, unless your strategy is to capture a segment of your domestic market,” Biro said. “But increasingly, that’s a problem. The Canadian market is just not big enough or complex enough or diverse enough.”

Canadian businesses are in a difficult situation. Companies based in larger economies can look to their local markets for near endless opportunities. Canadian firms need to go abroad.

Exporting has its risks, but to stay home is to stay small, and in an increasingly connected world, staying small is becoming a tough proposition.