BC Hydro looks for provincial approval to expand hydro dam near Revelstoke, B.C. 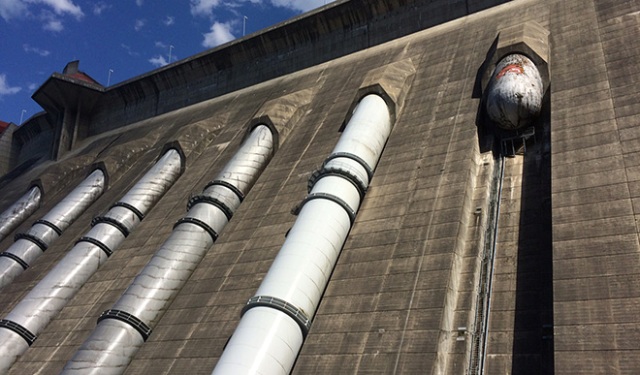 The utility says its Revelstoke dam currently has five generating units installed, but has room for more. PHOTO: BC Hydro

VANCOUVER—BC Hydro is asking the province for environmental approval of a project that would increase the power generating capacity of a dam north of Revelstoke.

The company wants to add a sixth turbine at the Revelstoke Dam and says in a statement that the new unit would add 500 megawatts of capacity to the province’s electricity system.

The dam’s powerhouse was originally built for six generating units, but only four were installed by the time it began churning out power in 1984.

A fifth turbine began operating in 2010, but BC Hydro says electricity demand continues to grow, with a new record for power consumption being set during a cold snap in January.

The Crown corporation says the project, which includes building a new station west of Summerland, will cost an estimated $582 million and the earliest it would come into service is 2021.

The province is expected to make a decision on an environmental assessment certificate this fall.