Notching a major win over rival Boeing, the Canadian plane maker can export its C Series jets to the U.S. without facing tariffs. The ruling will keep the aerospace manufacturing jobs in Canada until a U.S. assembly line is set up 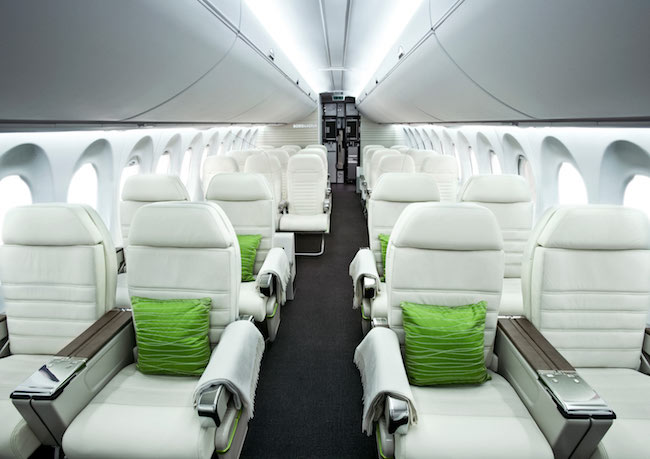 MONTREAL—Bombardier Inc. said Thursday it will begin to ship Canadian-made C Series jets to Delta Air Lines this year after scoring a big trade victory in the United States against Boeing.

Chief executive Alain Bellemare said it plans to do so until a U.S. assembly line estimated to cost $250 million to $300 million is built in Alabama.

“Clearly, the Delta aircraft are in the skyline for 2018, they have always been,” he said Feb. 15 during a conference call.

The U.S. International Trade Commission ruled last month that the C Series hasn’t caused Boeing material harm even though the Department of Commerce ruled the planes are sold in the U.S. at less than fair value and are subsidized by the Canadian government.

The commission said in a report backing up its unanimous ruling that there is nothing stopping the Montreal-based company from delivering planes assembled in Mirabel, Que., to the American airlines.

The ruling overturned preliminary anti-dumping and countervailing duties totalling 292.21 per cent, although Boeing could appeal.

Delta said Thursday that it is studying the ITC ruling, but added that the exact timing of when the first of the 75 CS100 aircraft it ordered will be added to its fleet “is still to be determined.”

Bellemare said the ruling ends a year of turmoil.

“It will increase confidence for customers—existing and potential customers—and is very well received by the industry, the airlines, and consumers will benefit from it,” he said.

Bombardier delivered 17 C Series aircraft in 2017, below its forecast of 20 to 22 because of engine delivery delays from Pratt & Whitney.

The company trimmed it net loss in the fourth quarter as the transportation company approached the half-way point in its five-year turnaround drive.

Bellemare said the performance allows Bombardier to start the year with momentum.

“We have a clear line of sight to our 2020 objectives and we expect to reach free cash flow break even this year, a key objective of our five-year turnaround plan,” he told analysts.

Bellemare said 2018 will be a pivotal year as it moves from large investments in new aircraft to growth with the introduction of its Global 7000 business jet this year and completion of its C Series partnership with Airbus SE.

Bombardier’s quarterly revenue totalled $4.72 billion, up from $4.38 billion, but slightly lower than analysts’ expectations for revenue of $4.75 billion, according to Thomson Reuters.

Analysts on average had expected a break-even quarter for the company.

The company also announced that its stake in Bombardier Transportation will increase by 2.5 percentage points to 72.5 per cent because the division’s results outpaced the performance targets in its investment agreement with Quebec pension fund manager Caisse de depot.

It swung to an adjusted profit excluding one-time items of $63 million or three cents per share for the year. That compared with a $268-million loss equal to 15 cents per share a year ago.

Seth Seifman of J.P. Morgan said he expects investors will react positively after it reported better free cash flow and maintaining its 2018 guidance, including within each division.

On the Toronto Stock Exchange, Bombardier’s share increased nearly 10 per cent at C$3.61 in morning trading.