The U.S. president has doubled down on coal and quit the Paris climate pact, even while the rest of the world heads the opposite direction 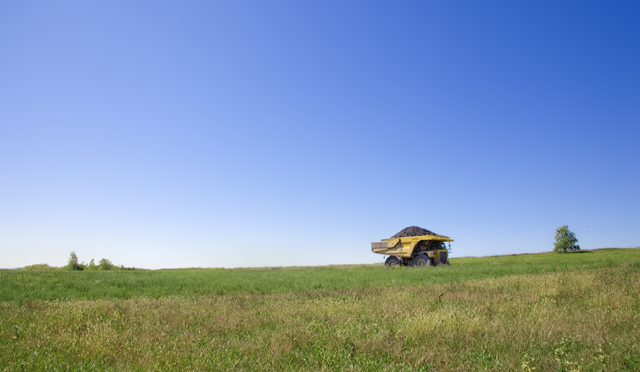 WASHINGTON—Market demand for the dirtiest of fossil fuels is plummeting worldwide, according to industry data published June 13, even as President Donald Trump has made reviving the long-struggling U.S. coal mines the bedrock of his administration’s energy policy.

The BP Statistical Review of World Energy shows global coal production fell by more than 6 per cent last year. That’s the largest decline in the history of BP’s survey, which the British energy company has issued annually for more than six decades.

It is the second straight year that coal demand has declined. Production at U.S. coal mines fell by 19 per cent. China’s coal production fell by nearly 8 per cent.

On the whole, coal’s share of global energy consumption fell to 28 per cent, the lowest since 2004.

The numbers reflect the trend of nations shunning coal in favour of cheaper, cleaner ways of producing electricity—chiefly natural gas, wind and solar.

Trump announced earlier this month he will withdraw the United States from the Paris climate accord. The agreement signed by 195 nations in 2015 aims to decrease global carbon emissions in an effort to head off the worst predicted effects of global warming, including worsening storms, catastrophic droughts and city-drowning sea level rise.

Related: New coal mine touted by Trump opens in Pennsylvania

As Trump doubles down on coal, the rest of the world appears headed in the opposite direction.

Renewable energy made big gains, growing 14 per cent in 2016. More than half that growth came for new wind turbines. China, where the government in investing hundreds of billions in green energy programs, overtook the United States as the world’s largest producer of renewable energy.

With coal’s demise, growth in planet-warming carbon emissions has flattened even as global demand for energy continues to rise. CO2 emissions from energy consumption increased by only 0.1% in 2016. Since 2014, the average emissions growth has been the lowest over any three-year period since the early 1980s.