The Conservative leader will not release his climate plan until June, but said it will be "based" on Canada's targets under the Paris climate-change accord 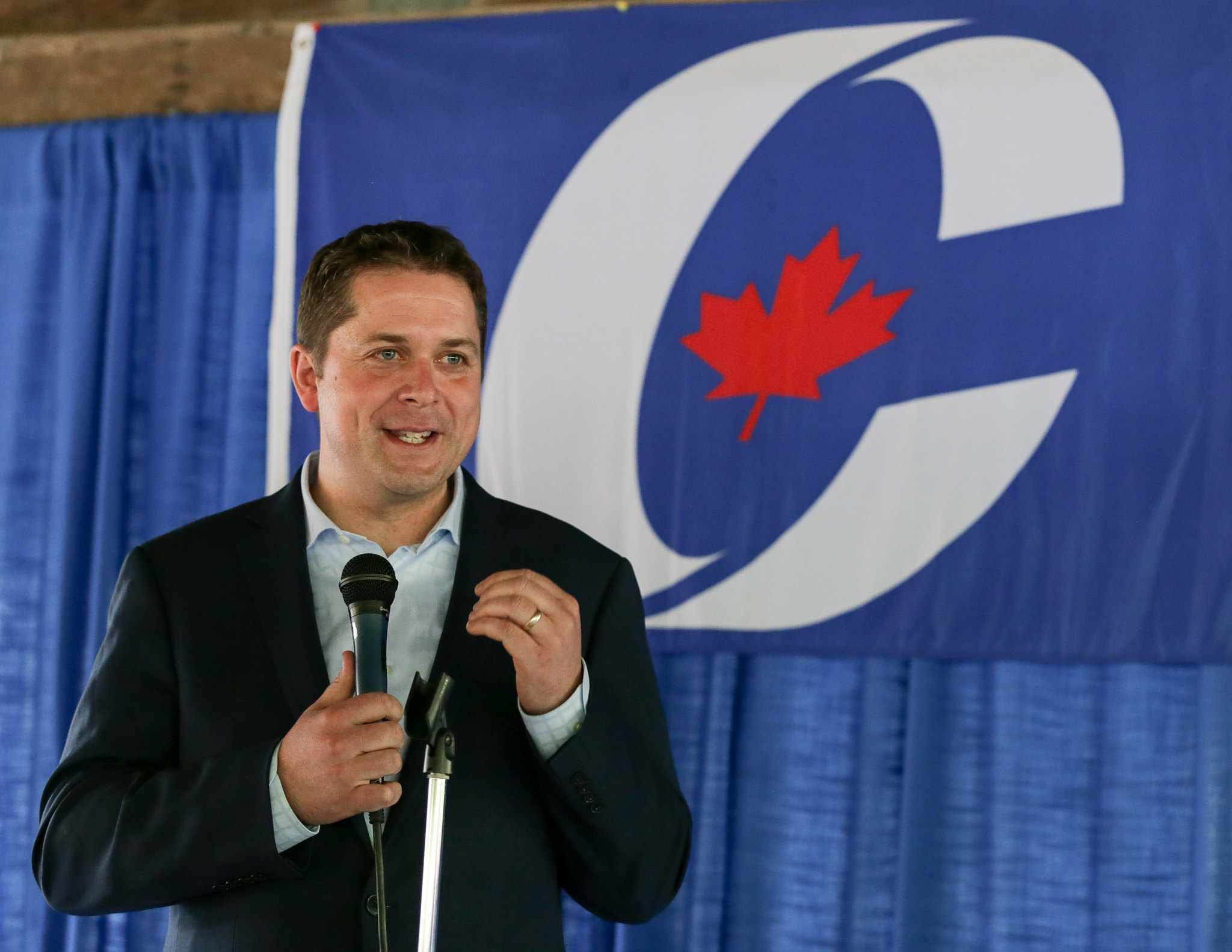 OTTAWA – Conservative leader Andrew Scheer says his party’s climate plan will aim to hit Canada’s promised greenhouse-gas emissions targets but the party will not say whether that means all of the emissions cuts it wants to count will actually happen here.

Scheer intends to release his climate plan next month and he said Wednesday it will be “based” on Canada’s targets under the Paris climate-change accord. But he says Canada has “an obligation” not just to reduce our own emissions of climate-changing gases but also to help other countries cut theirs.

“We don’t do the world a favour if we see marginal reductions of emissions here in Canada and massive expansions of emissions in other countries because investments and jobs get displaced to those types of jurisdictions,” Scheer said Wednesday.

Under the Paris Agreement, each country in the world has to commit to reducing its own greenhouse-gas emissions by a specific amount.

However, the accord allows for what are called “co-operative mechanisms,” which means as long as two countries agree, emissions reductions in one country can be counted toward meeting the targets of another country. That could happen if, for instance, Canada signed an agreement with another country to finance a new solar farm to replace a coal-fired electricity plant, in exchange for Canada’s getting credit for some or all of the emissions reductions that result.

A Conservative spokeswoman said Canadians will have to wait for the release of the party’s climate plan in June for any details about how emissions reductions in other countries will be incorporated into the Tory vision.

Scheer also intends to try to amend a Liberal motion in the House of Commons declaring a climate-change emergency to include a recognition of “Canada’s obligations in the global context.”

The motion is not a binding law but a broad declaration of MPs’ collective will.

The Liberal motion declares climate change a national emergency that means Canada must first meet the Paris targets for emissions cuts and then exceed them to keep the world from getting catastrophically hot. Environment Minister Catherine McKenna brought the motion in part to force the Conservatives to either commit to the Paris Agreement or vote against it.

A competing NDP motion declaring a climate-change emergency, which was debated Wednesday, is a non-starter for both the Conservatives and Liberals because of its additional calls for the government to walk away from the Trans Mountain pipeline expansion and fossil-fuel subsidies immediately. McKenna said some subsidies are helping keep life affordable, such as those keeping diesel prices down to reduce electricity costs in Canada’s North.

Scheer said Conservative support for the Liberal motion depends on whether the Liberals accept his planned amendments, such as an acknowledgment that the Liberals’ existing climate policies are failing to meet the Paris targets. He said Conservatives believe climate change is a real and urgent problem. But he called out the government for wasting time in the House of Commons with a motion he says is a clear attempt to distract from Liberal scandals.

He called Trudeau a “high-carbon hypocrite” who churns out emissions flying around the world on a private plane while imposing carbon taxes on regular Canadians, which Scheer says will have no impact on Canada’s emissions.

The Liberals last year produced an analysis suggesting at $50 per tonne of carbon dioxide, a national carbon price would reduce emissions between 80 million and 90 million tonnes a year. That is almost half of what Canada has to cut from annual emissions to reach its Paris targets. The country’s total emissions in 2017 were 716 million tonnes, according to the federal government.

Catherine Abreu, executive director of the Climate Action Network Canada, said there are no rules yet for how cooperative mechanisms would work. She also said that they were introduced with the idea that countries such as Canada could achieve more ambitious targets down the road by helping other countries, not use the mechanisms to meet existing targets.

She said she won’t comment on the Conservative plan until she sees it but that any party that tries to meet Paris targets without making a serious dent in Canada’s own emissions cannot be taken seriously on climate change.

“I am an only child but if I had a brother, I couldn’t tell him to clean up his room if I didn’t clean up my own,” she said.

Canada is among the top 10 biggest emitters globally, and because of the oil industry and our relatively small population, Canada has the highest per-capita emissions, she said.