Munich-based Ionity, a joint venture between Volkswagen, BMW, Daimler and Ford, has a goal of building 400 ultra-fast charging stations by 2020 across the European continent 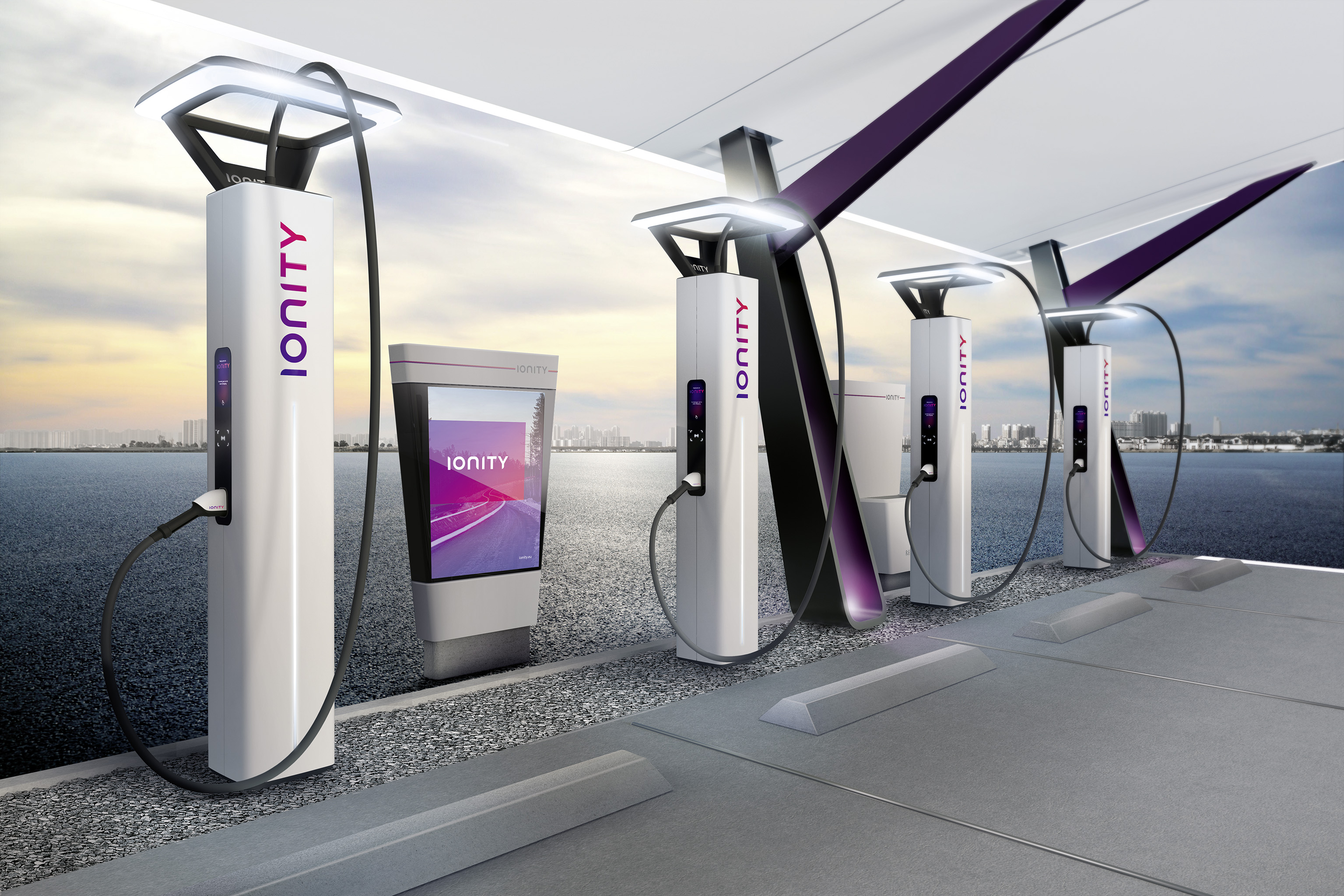 Ionity CEO Michael Hajesch says he wants customers to have the same experience at every charging station, one that’s comfortable and easy. PHOTO: IONITY GmbH

MUNICH—Charging an electric car away from home can be an exercise in uncertainty—hunting for that one lonely station at the back of a rest-area parking lot and hoping it’s working.

In Europe, some of the biggest automakers are out to remove such anxieties from the battery-only driving experience and encourage electric-vehicle sales by building a highway network of fast charging stations. The idea is to let drivers plug in, charge in minutes instead of hours, and speed off on their way—from Norway to southern Italy and Portugal to Poland.

Much is at stake for the automakers, which include Volkswagen, BMW, Daimler and Ford. Their joint venture, Munich-based Ionity, is pushing to roll out its network in time to service the next generation of battery-only cars coming on the market starting next year. They’re aiming to win back some of the market share for electric luxury car sales lost to Tesla, which has its own, proprietary fast-charging network.

Despite a slower than expected start, Ionity CEO Michael Hajesch told The Associated Press in an interview he’s “confident” the company will reach its goal of 400 ultra-fast charging stations averaging six charging places each by 2020.

The idea is “to be able to drive long distances with battery electric vehicles, across Europe and to have the same experience at each station, meaning a very easy and comfortable customer journey,” Hajesch said during a conversation at the company’s Munich headquarters near the 1972 Olympic stadium.

The idea is to break electric cars out of the early adopter niche, in which they are charged slowly overnight at home and used for short commutes.

“The sites we are looking for are really the A-sites,” he said, “directly at the autobahn. Not down the road, not driving five kilometres into the next industrial area and finding a charging station somewhere, without light, or any amenities around, but right at the autobahn.”

“If you’re going from Hamburg to Munich, because it’s a weekend trip to friends, typically you do not have much time,” he said. So what counts will be “the speed of recharging your vehicles, and at the same time finding maybe some amenities: maybe a coffee, getting a newspaper or whatever.”

Ionity opened its first station April 17 at a rest stop off the A61 highway near the small town of Niederzissen, about 50 kilometres (30 miles) south of Bonn in western Germany. The six high-speed chargers are operating in “welcome mode,” meaning they’re free until May 31. After that, Ionity plans to charge for the power, which it seeks to obtain from renewable sources. Ionity has agreements for some 300 sites, working with fueling station and rest stop landlords.

More charging availability is what it will take to get an environmentally aware car buyer like Rainer Hoedt to choose a battery-only vehicle. The 58-year-old Berlin geography teacher is a proud owner of a Mitsubishi Outlander, a plug-in hybrid that combines internal combustion with a battery he can charge overnight. The battery-only range of 50 kilometres (30 miles) lets him drive emissions free for daily trips at home.

But a family vacation journey of more than 200 kilometres (120 miles) to the Baltic Sea was a different story.

Hoedt had to drive on internal combustion before finding a lone charging station as he approached his destination, using the goingelectric.de website. “It was right next to the highway, there was one charging station and we were lucky that it was free,” he said. But he couldn’t find a charging station he could use by the seashore. On the way back, he was able to charge at a rest stop, but only by asking a non-electric car owner to move his vehicle away from the lone charging pole. A battery-only car would have never made it home.

And he couldn’t use one to visit his cousin 650 kilometres (400 miles) away in Rosenheim.

Tesla has shown how charging infrastructure can drive vehicle sales. It has 1,229 stations with 9,623 fast chargers in Europe alone, where it has cut into Mercedes and BMW’s sales of luxury cars. But it has its own proprietary plug. Ionity is using the CCS plug backed by the European Union as a common standard for all.

In both the U.S. and Europe, the situation is roughly similar: More chargers available in jurisdictions where government strongly backs electric vehicles, such as California, Norway or the Netherlands. Elsewhere, chargers get can harder to find for long stretches along rural highways.

Volkswagen, which agreed to invest in low-emission driving to settle charges it cheated on diesel emissions, is building 300 highway charging sites in the U.S. by June 2019 through its Electrify America unit. Japan has 40,000 charging points, exceeding its 34,000 gas stations, according to Nissan—but many of those are private garages.

Ionity is counting on the large 350-kilowatt capacity of its publicly available chargers—almost three times the 120 kilowatts per vehicle of Tesla’s Superchargers. No car currently on the market can make full use of 350 kilowatt charging capacity. But they’re coming: in 2019 Porsche plans to introduce the Mission E. Porsche says that the sleek, low-slung sports car will take 15 minutes to charge for 400 kilometres (250 miles) more driving.

The automakers “are late, but it’s better than it was… it remains the case that without Elon Musk the carmakers would not have realized this.”