The party is proposing a $4.2-billion program to give grants and loans to businesses and homeowners for energy conservation 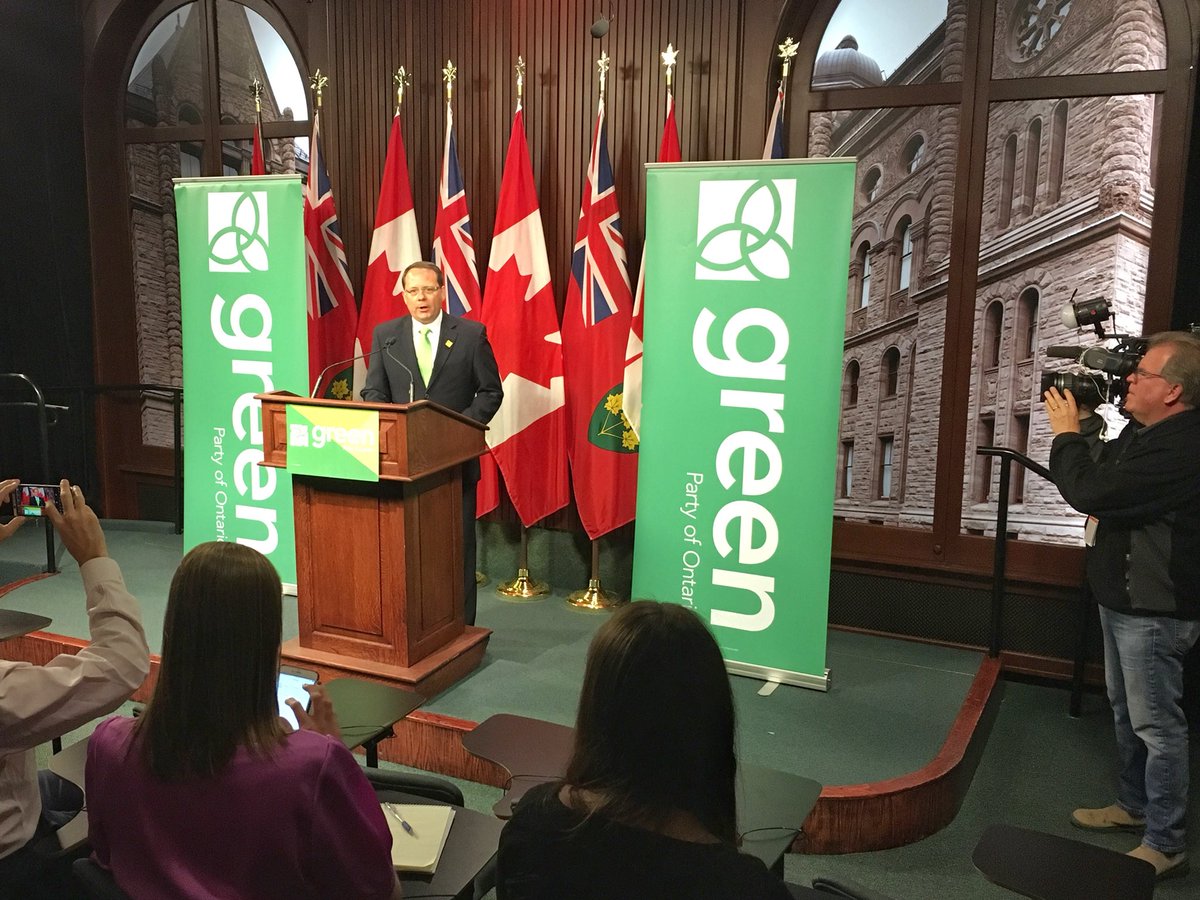 The Greens say they would move to a clean economy by supporting jobs in cleantech and would commit to a 100 per cent renewable energy supply by 2050. A centrepiece promise is a $4.2-billion program to give grants and loans to businesses and homeowners for energy conservation.

The platform says it can be funded in part by saving $1.1 billion by closing the Pickering Nuclear station this year and buying hydro power from Quebec.

“We need to skate to where the puck is going, and not where it’s been,” Leader Mike Schreiner said. “The other parties are clinging to an old economy, but we see a better way forward—one where we tackle climate change, lower energy costs and spark a whole new generation of clean, well-paying jobs that will serve our children well into the future.”

The party would also spend $4.1 billion over four years on mental health services, which they say they could help pay for by improving collections and reducing tax avoidance.

The Greens also support a basic income, which the Liberal government has been running a pilot project on, and would spend $3.4 billion next year to increase social assistance rates in the pilot as a first step to implementing it provincewide. They would pay for it by cancelling the government’s hydro plan, which gives ratepayers 25 per cent off their electricity bills by borrowing billions of dollars.

The Greens are proposing to raise corporate taxes by 0.5 per cent, and increase the income tax rate for the top one per cent of earners by one per cent.

They would also mandate 20 per cent of units in new housing builds be affordable, expand the protected land known as the Greenbelt, and spend more money on transit.

The party says it is running a full slate of candidates and that 52 per cent of them are women.

Schreiner is running in Guelph, where incumbent former cabinet minister Liz Sandals is not seeking re-election, and where Schreiner came in a close third in 2014 behind the Progressive Conservative candidate.