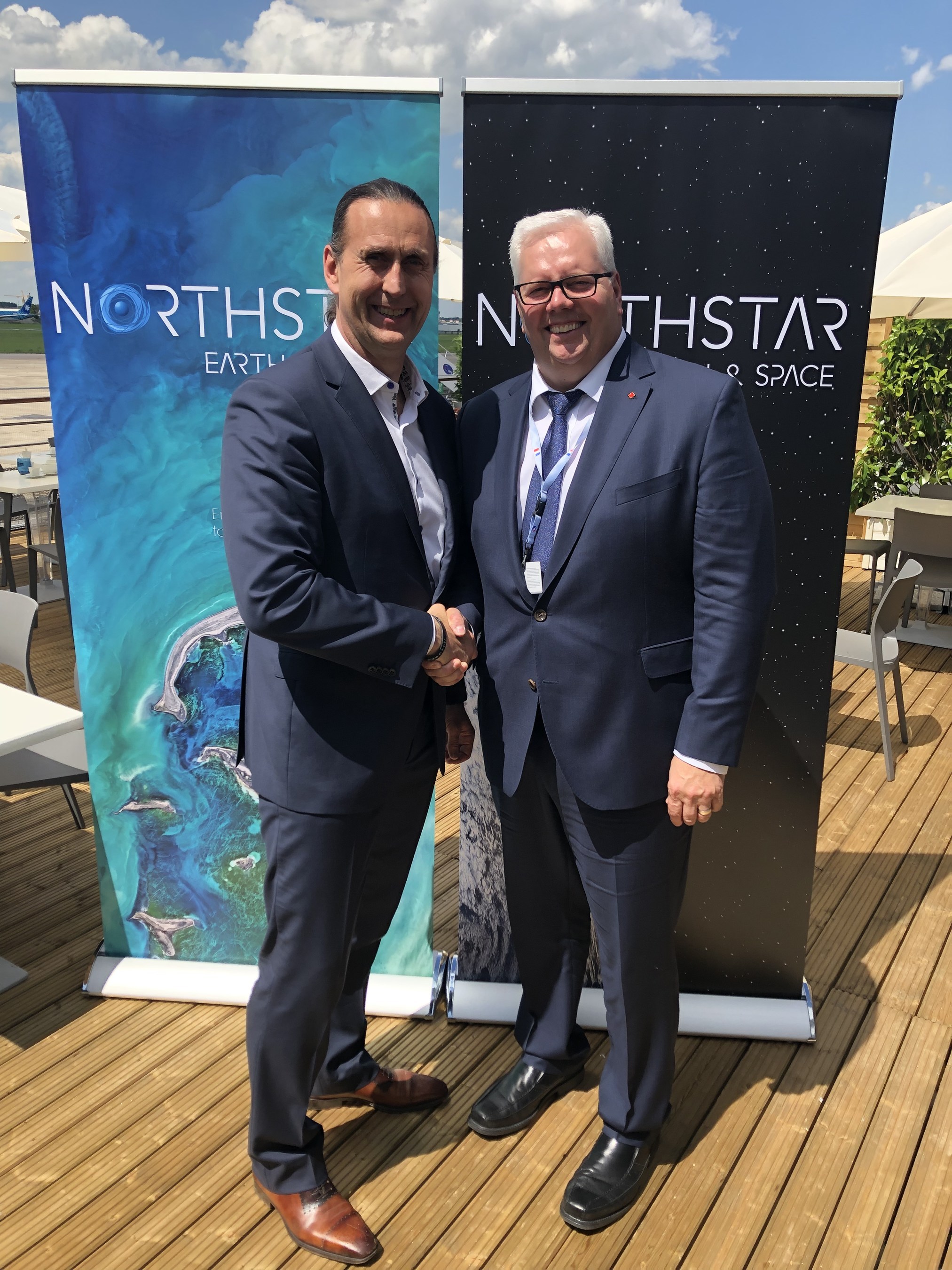 NorthStar is currently performing simulations and developing applications that will transform the way governments assess risk, enforce regulations and make decisions, to foster the sustainable development of our planet and deliver a safe and secure near-space environment for the global satellite community.

Starting in 2021 and based on a satellite constellation equipped with Hyperspectral, Infrared and Optical sensors, the NorthStar platform will operate continuously from space, imaging, digitizing and analyzing the details of Earth’s ecosystems and surrounding orbit on a daily basis. NorthStar will use advanced big data analysis and AI-based predictive analytics to deliver contextualized information solutions directly to end users in the private and public sectors, providing critical knowledge about Earth and its orbital environment.

When fully operational, NorthStar anticipates creating an estimated 400 highly-skilled direct jobs and 1200 indirect jobs related to Big Data and Information Analytics. In addition, the design, manufacture and launch, targeted for 2021, of the proposed NorthStar LEO constellation will support the expansion of aerospace, satellite design and sensor technology industries in Canada and abroad.

This agreement to provide NorthStar with CCC advisory services builds on NorthStar’s relationships with existing partners, including the Governments of Canada and Quebec, each of which has invested or committed C$13 million to date. Private partners include Telesystem Space Inc. of Montreal, the majority shareholder, and the Space Alliance of Europe. Formed by Telespazio and Thales Alenia Space, the Space Alliance is a strategic partnership between Leonardo and Thales, the major industrial groups in the aerospace industry of Italy and France.