Lack of resources required for rabies elimination and coordination at a global, regional and national level, among reasons why rabies has not been fixed 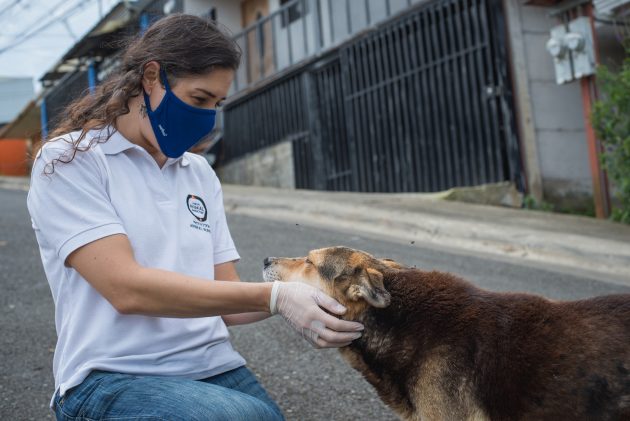 TORONTO — Global charity World Animal Protection said in a statement that more needs to be done to stop the spread of rabies worldwide. It is estimated that every year, rabies causes 59,000 deaths and an economic cost of about US$8.6 billion.

In 2015, at the Rabies Global Conference in Geneva, a goal as set of zero dog-mediated human rabies deaths by 2030 worldwide. That deadline is rapidly approaching and there’s still a lot of work ahead, mainly due to a lack of resources required for rabies elimination and coordination at a global, regional and national level.

However, by countries implementing a humane dog population management (DPM) system, the 2030 goal can still be reached, World Animal Protection said in a statement.

The charity works to end the inhumane culling of millions of dogs around the globe and introduced humane DPM as an essential element of successful rabies elimination. The approach demonstrates that killing dogs and vaccinating humans will not stop rabies. Mass dog vaccination, along with responsible ownership, will. Effective DPM also includes the introduction of educational campaigns with community engagement, as a way to facilitate mass dog vaccination.

It’s estimated about 900 million dogs exist in the world and the majority of these dogs are strays. Many communities around the world see large groups of dogs as a nuisance and are worried they may be carrying rabies. In a misguided attempt to stop the spread, they end up killing innocent dogs, who are poisoned, electrocuted or simply beaten to death. Approximately 10 million dogs are inhumanely killed out of fear they have rabies every year.

“Vaccinations have the power to transform life for dogs and for people. We must continue working with our vets around the world and other key partners to tackle this disease once and for all,” Nina Devries with World Animal Protection Canada said in a prepared statement. “Without swift treatment, this disease is deadly, yet it is preventable with the right approach. Culling dogs will not eradicate rabies, but vaccinations for dogs will.”

World Animal Protection has also launched a new report All Eyes on Dogs which provides actions needed to eliminate rabies in dogs by 2030. The report demonstrates how humane rabies control can contribute to the Sustainable Development Goals. It also highlights the importance of focusing on dogs and strategies that Mexico has used to eliminate rabies, such as stabilizing dog populations through reproductive control and offering mass, free canine rabies vaccinations. In 2019, 18 million canine vaccines were administered and the country will continue to vaccinate in the future.