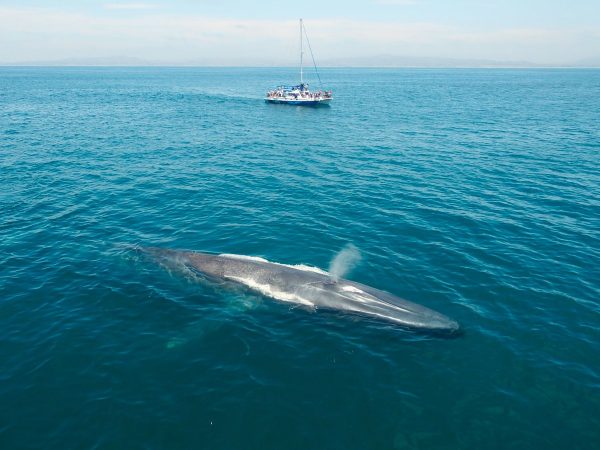 TORONTO — The La Gomera Marine area in Southwest Tenerife, Spain and Dana Point, in California have been recognized as Whale Heritage Sites. This is a global accreditation scheme developed by the World Cetacean Alliance and supported by the global charity World Animal Protection. It recognizes destinations for responsible viewing of wild whales and dolphins in their natural habitat.

The site in South Tenerife has long been a popular spot to see whales and dolphins in the wild. And Dana Point, is one of the best places to view the magnificent Blue Whale.

World Animal Protection is promoting responsible wild animal watching experiences as a humane alternative to attractions that keep whales and dolphins in captivity for tourist entertainment.

“Captive whales and dolphins live their entire lives in small, barren tanks and perform demeaning and unnatural tricks in exchange for food at amusement parks and aquariums worldwide,” said Melissa Matlow, Canadian Campaign Director at World Animal Protection, in a prepared statement. “At a Whale Heritage Site, people get to see whales being whales and dolphins being dolphins while contributing to their protection in the wild.”

“When the pandemic is over and tourism resumes, we must leave the cruelty behind,” added Matlow. “These Whale Heritage Sites are a great way to build tourism back better and encourage a shift away from cruel, outdated attractions which keep captive mammals in permanent lockdown.”

In the wild, whales, dolphins and porpoises (cetaceans) can travel 64-160 kilometers a day, achieve speeds of 48 kilometers per hour, and dive hundreds of feet deep. Even in the largest facilities, captive cetaceans have less than 0.0001% (one millionth) of their natural habitat range and can suffer from health problems, including extreme stress, neurotic behaviours and abnormal levels of aggression.

Canadian concern for protecting the welfare of cetaceans is reflected in legislation. The federal government passed Bill S-203 (The Free Willy Bill) in 2019 which bans the capture, breeding and captivity of cetaceans for tourist entertainment.

A study commissioned by World Animal Protection and conducted by KANTAR PUBLIC showed that 84% of Canadians believe wild animals belong in the wild where they can live naturally. And 81% of Canadians would prefer to see animals in the wild.

World Animal Protection encourages people to always consider responsible tourism when travelling and to make sure to ask tour operators about their animal welfare policies.