The city aims to be carbon neutral by 2050 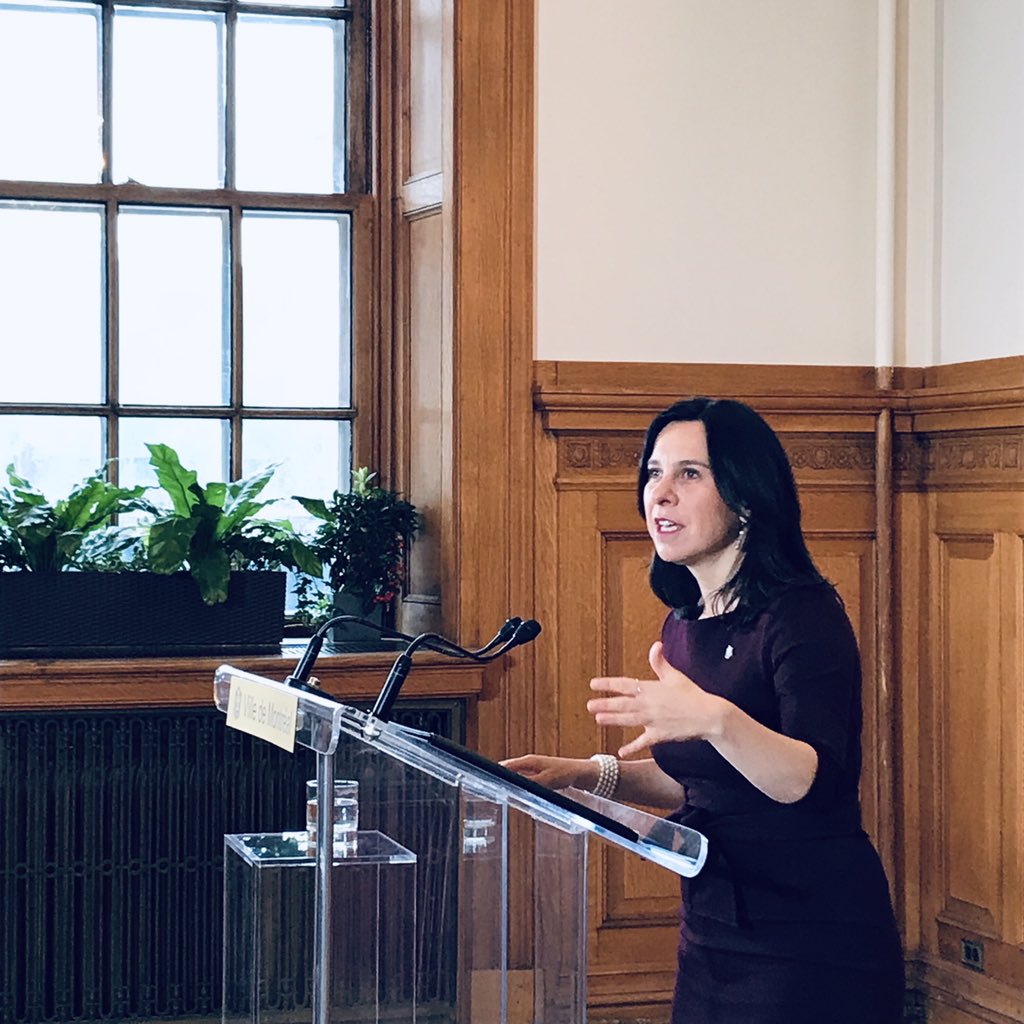 Montreal building owners will have a little more than a decade to rid themselves of their oil furnaces as the city moves to ban the use of heating oil from its territory by 2030.

It’s the latest initiative announced by Montreal’s municipal government as it works to reduce its carbon footprint and meet a long-term aim to be carbon neutral by 2050.

“A collective effort is absolutely necessary, we are going to encourage all Montrealers to make the transition to a heating system other than heating oil,” Mayor Valerie Plante said.

Owners of existing commercial, industrial, institutional and residential buildings with oil-burning furnaces will have until 2030 to convert to a renewable energy source.

The city is leading by example: Plante said Monday the city is investing $4 million to convert its remaining oil-heated municipal buildings by 2021.

The city intends to catalogue the exact number of private homes, but one environmentalist believes it currently numbers in the thousands.

Those homes account for 28% of residential carbon emissions. Oil heating also accounts for about 14% of emissions from commercial and institutional sources.

“Even though it’s not a large number of homes, they account for a large percentage of greenhouse gases,” said Karel Mayrand, director of the Quebec branch of the David Suzuki Foundation.

Mayrand’s group is working with the city to produce a plan to adapt and fight climate change that would make the city carbon neutral by 2050, fulfilling a pledge it made last year as part of the C-40 network of large cities committed to climate action.

“We can’t wait 10 or 20 years to do everything at the same time, we have to take steps now in areas where it’s easiest to act,” Mayrand said.

Encouraging owners to convert to hydroelectricity means cutting down on emissions right away, as well as giving property owners a dozen years of lead time and developing financial assistance programs with the provincial government to aid them in the transition.

It’s the cost that has some worried.

Martin Messier of the Quebec Association of Landlords said the city discussed its plan with them last January.

“At that point, we felt or understood there would be financial help that would be offered, so that’s one of the concerns,” Messier said.

Messier said landlords are hamstrung by strict rules limiting rent increases, forcing them to bear much of the financial burden each time the city imposes a new set of rules. Landlords plan to ask the Quebec government to revisit those limits during a hearing on Thursday.

Messier said in one example, a 20-unit building that converted from oil to electricity worked out to $10,000 per apartment.

“Anyone who could easily do it has probably done it,” Messier said. “We are left now with buildings where it’s really hard to convert and we’re learning we won’t have choice and without reasonable financial aid.”

Mayrand said electrifying private homes now is their preferred option as the city will ultimately move to get rid of fossil fuels, like natural gas, by 2050.

And while natural gas companies are moving to renewables like biogas, Mayrand said private industry will likely require much of that production.

Montreal’s announcement is just the latest in a series of anti-pollution announcements that includes a plan to ban single-use items such as plastics and polystyrene foam containers.

The city’s bylaw on wood-burning stoves came into effect last Oct. 1, banning fireplaces and wood stoves that don’t meet strict emissions standards and forbidding their use altogether during smog alerts.

On Tuesday, Plante also called on the managers of independently-run pension plans for the city’s retirees to progressively stop investing in fossil fuels.

“The role of cities is crucial in the fight against climate change,” she said in a tweet. “Our environmental commitments must translate into our investments.”