In a story published by La Presse, prominent environmentalist David Suzuki said the federal environment minister should resign due to the prime minister's support of the fossil fuel industry 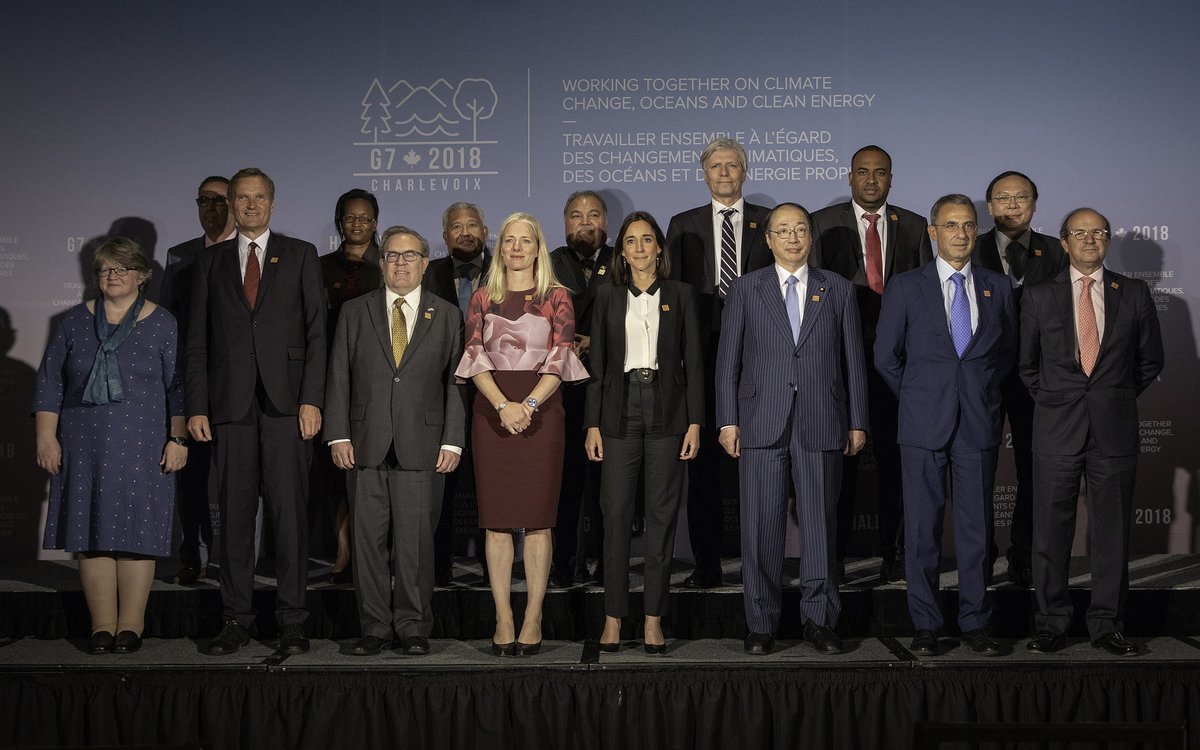 HALIFAX—Canada’s environment minister said she’s no “quitter” despite calls Wednesday from David Suzuki for her to resign and a G7 meeting that didn’t shift her American counterpart’s firm opposition to the Paris climate agreement.

Catherine McKenna had started off the three-day Halifax gathering by telling a personal story of encountering young people in the Arctic who are worried local hunters are falling through the ice due to rising temperatures.

The minister also spoke of translating the targets of the Paris climate agreement into action and said countries need to firm up rules around how the carbon emission targets will be enforceable.

But by day’s end, she’d faced calls from Canada’s most prominent environmentalist to leave her job due to the prime minister’s support of the fossil fuel industry.

The French environment minister recently took that route, saying he didn’t want to create the illusion his presence in the government was leading to progress on climate change.

In a story published by La Presse, David Suzuki says if McKenna really believes what she’s saying, she too should quit “instead of being an apologist for the government.”

He told the Montreal-based news site that Canada lacks credibility on climate change, with the Liberal government supporting the construction of a pipeline to the British Columbia coast to transport Alberta bitumen.

Suzuki made the comments in the context of an interview about the resignation of French environment minister, Nicolas Hulot.

“She must stop rationalizing what Canada is doing,” Suzuki told La Presse, adding that the government “talks out both sides of its mouth.”

“We have a prime minister who signed (the Paris climate accord), who says, ‘We’re back,’ and we all praised him … then he approves pipelines! What is that?”

McKenna defended herself in an evening news conference, arguing it’s easy to be divisive but difficult to continue battling for progress on climate change in a country dependent on resource industries.

“I’m not a quitter. Resigning is easy. It’s really hard to do what we’re doing. This is a long-term transition to a cleaner future.”

“I’m going to stay in this job as long as the prime minister keeps me here.”

Meanwhile, the head of the U.S. Environmental Protection Agency, Andrew Wheeler, said little in public during the meeting.

After the gathering, he said in an interview with The Canadian Press that the administration of President Donald Trump continues to be opposed to the Paris agreement.

“The Paris accord we didn’t think was fair to the United States, but we are taking a serious look at our carbon emissions,” he said.

Wheeler said the United States is taking a “different approach” than its G7 counterparts, but still is looking to reduce carbon and can talk about other environmental issues with the gathered G7 ministers and invited nations.

He also defended the Trump administration’s support of the coal industry in the United States, despite the high levels of greenhouse gas emissions from burning coal.

When McKenna was asked about the challenge of working with the Americans she responded that discussions had been productive and “frank.”

“The United States has taken a different position on the Paris agreement. That’s well known,” she said.

She added that the delegates were still able to discuss how to reduce harmful emissions in the air and what “adaptation” is needed to prepare for the flooding, storms and rising sea levels already occurring due to climate change.

In the afternoon session on adaptation to climate change, the environment minister for Jamaica spoke of how challenging climate change is for Caribbean nations that face the rising violence of extreme storms.

Daryl Vaz told the G7 ministers that his nation has seen 14 hurricanes in a decade, along with 12 tropical storms.

“We only have to look at hurricane activity to see … climate change is effectively normalizing the abnormal,” he said during his presentation.

Jamaica’s efforts to develop economically may be derailed by climate change, with 70 per cent of his island’s population in coastal areas, said the minister.

He told the delegates that billions in investment is needed for the preservation of natural areas that help stabilize the coast, including mangroves in the intertidal zones.