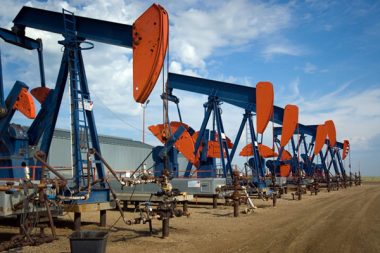 Husky said the pipeline carries oil from its facilities in the Lloydminster area. PHOTO: Husky

MAIDSTONE, Sask.—Oil from a Husky Energy pipeline spilled into the North Saskatchewan River the morning of July 21 upstream from Maidstone, Sask.

Ralph Bock of the Environment Ministry said Husky has told government officials between 200,000 and 250,000 litres spilled.

“We’ve got containment of the spill at the release site, which is upstream, so there is no more product being released to the river,” he said Thursday afternoon.

Husky said it shut down the line and was working closely with neighbours and municipalities.

Company spokesman Mel Duvall said the line runs from Husky’s heavy oil operations to its facilities in Lloydminster and carries oil mixed with a diluent, which is a lighter hydrocarbon that’s added to ease the flow.

The province said an environmental protection officer had been dispatched to the site. It also said Husky, with co-operation from the province, was notifying river users downstream of the spill.

In North Battleford, which draws its water supply from the North Saskatchewan River downstream from the spill, city officials said they had been informed and were taking precautions.

Tammy MacCormack, the city’s environment manager, said it was unknown how long it would take for the flow to reach North Battleford. But water samples were being done, she said, and supply intakes were to be shut if the oil spill reached the city.

“Our plan is to be shut down when it goes by,” said MacCormack. “We will be watching the water.”

Bock said officials from the Water Security Agency will take samples from the river past the boom before any water intakes to monitor hydrocarbons in the river.

“Right now we’re focusing on let’s just the minimize the footprint of this and we’ll do our damage assessments once we’re sure we’re not going to be causing any more damage.”