Michael Andretti, an original owner in the series, said the opportunity to race in New York City is huge for the series and sponsors 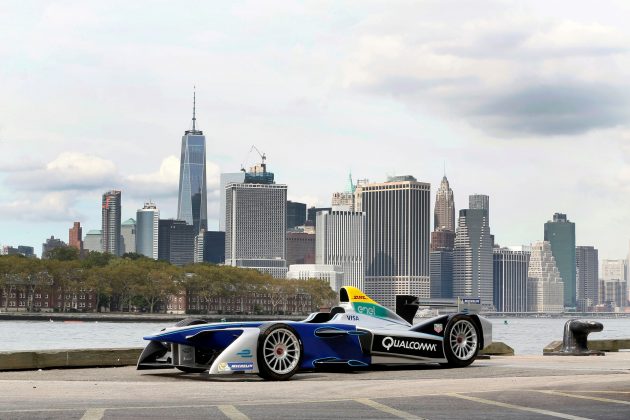 The 1.21-mile track was revealed Sept 21 on the shores of New York Harbour at the Brooklyn Cruise Terminal. The race through Red Hook will be called the New York City ePrix and will be a doubleheader over two days in July.

“New York City is where technology, sustainability and commerce all connect,” Mayor Bill de Blasio said in a statement. “There’s no better home for the ePrix. Bringing this international event to the five boroughs is a huge win for New York City.

“It will bring thousands of visitors, boost Brooklyn tourism and spur investment in our neighbourhoods.”

The circuit will require no street closures and run around Pier 11 and the Brooklyn Cruise Terminal. Formula E isn’t receiving any financial assistance from the city or the state to host the race but will depend on corporate sponsorship to offset costs.

The series will invest in infrastructure improvements at the Brooklyn Cruise Terminal, and also has promised to hire local workers, partner with local small businesses and hotels, and offer New York City students hands-on opportunities to learn about engineering, technology and automotive trades.

Formula E has coveted an event in New York City since it launched two years ago. The series opens in October in Hong Kong and has stops in Buenos Aires, Monaco, Paris, Berlin and Brussels.

But Formula E CEO Alejandro Agag had been eyeing New York City all along, and once the Red Hook site was selected, the process moved quickly to get a deal done. The backdrop along the circuit will be views of lower Manhattan and the Statue of Liberty.

“To race in New York City is a historic moment, not only for Formula E, but for motorsport in general,” Agag said. “It again highlights the philosophy of Formula E to bring fully electric racing to the world’s greatest cities.

“When we originally started the project, we could only dream of bringing Formula E to a place like New York, with arguably the most recognizable skyline of any city in the world.”

Agag hopes the race will be the series’ season finale, but he noted the FIA is protective of NASCAR, which races in New Hampshire on the same July weekend that Formula E hopes to be in New York City.

The series will not return to Long Beach, California, in 2017, but Agag is hopeful to add a second race in the U.S., on the West Coast, in the future.

For now, New York is satisfying to series officials and team owners.

Michael Andretti, an original owner in the series, said the opportunity to race in New York City is huge for the series and sponsors.

“To organize a race in this market is a huge accomplishment for Formula E and everyone involved,” Andretti said. “As an American team competing in the FIA Formula E Championship, it’s going to be great to showcase this sport and all that Formula E represents to our home country audience.”