Formula E paves way for electric cars on and off racetrack 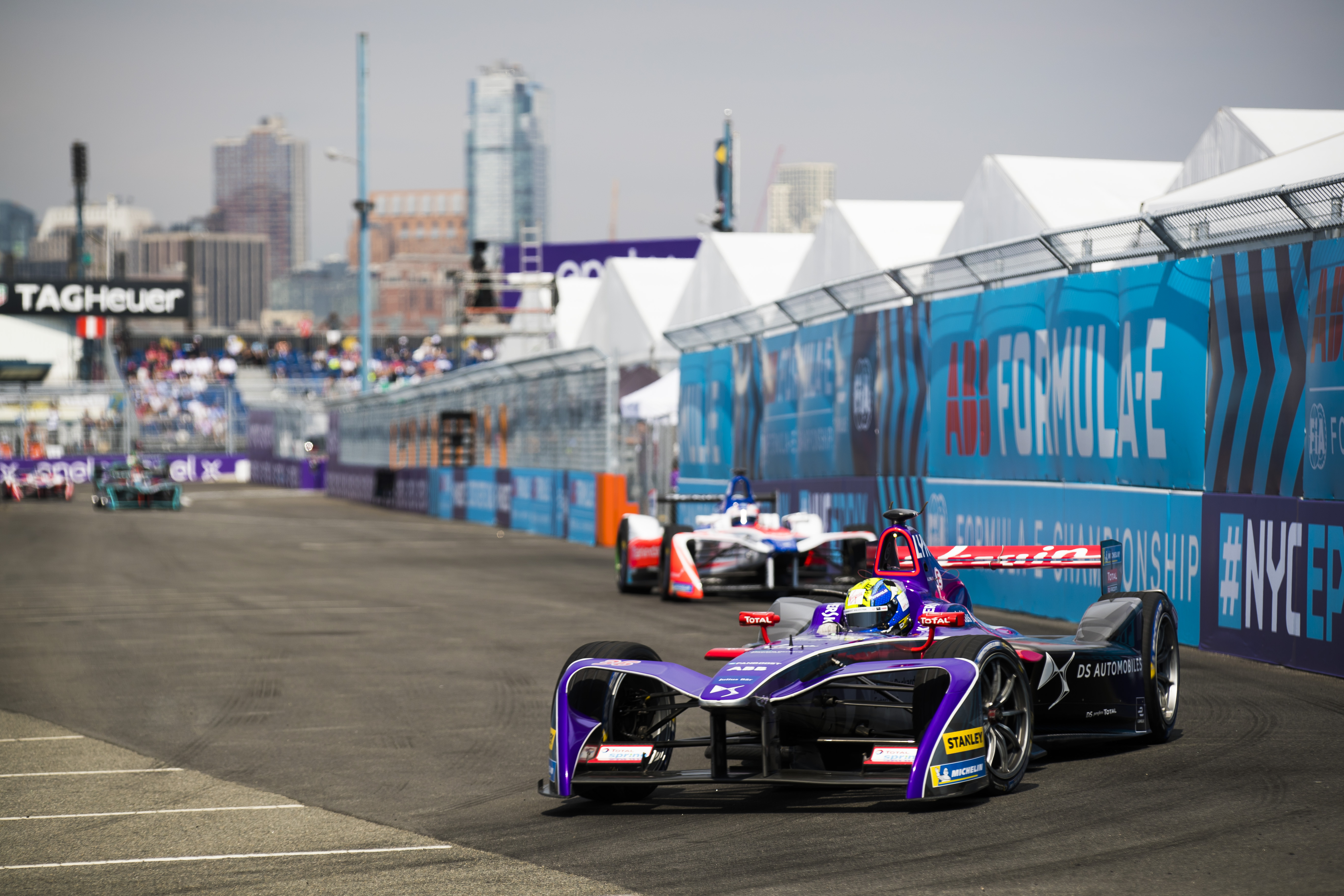 NEW YORK—Unplug and go. Filling up a car is as simple as that, even if it’s not gas flowing through the nozzle. Electricity is efficient.

Formula E, a global electric auto racing series, steers the way—toward the future of not only its sport but also its industry.

“You don’t realize it,” Mahindra Racing team principal Dilbagh Gill said, “but the second car from today that you’re going to buy is going to be an electric car.”

America is one of Formula E’s biggest targets. So, for the second consecutive time since the series’ inception in 2014, Formula E took on the Brooklyn streets for a season-finale doubleheader of its 12-race schedule.

The track length is 2.373 kilometres with Lower Manhattan in the backdrop as well as the Statue of Liberty.

Techeetah’s Jean-Eric Vergne became the fourth different driver to win the championship and Audi Sport ABT Schaeffler took home the overall team title. Confetti at the finish line marked the end of an era.

In January, Formula E unveiled its new Gen2 car for next season. The current cars have a maximum power of 200kW, limited to 180kW during races, and they top out at 225 kph (140 mph). This model has been around since the series started and requires a mid-race car change because the battery runs out.

The Gen2 car will run faster and longer. No more swaps. Performance has basically been doubled in just four years without changing the battery’s fundamental chemistry.

“I don’t know if you remember before Formula E started, there was this whole perception that lithium batteries were a little bit dangerous—they were prohibited on airplanes, they caught fire on mobile phones,” Panasonic Jaguar Racing sporting manager Gary Ekerold said. “Since we’ve run Formula E … absolutely fine. Batteries are proven to be safe.”

But they’re still monitored. A dielectric—non-conductor—fluid in the battery keeps it cool while the car runs. There’s also a battery management system that constantly records data, monitoring temperature and voltage.

When the car is charging, dry-ice blowers—Super Chillers—connect to the car and prevent overheating.

It takes less than an hour to recharge a drained battery.

Teams are given identical batteries. The chassis, or bodies, of the cars are also the same. Where teams can get creative are places such as the electric motor, inverter, powertrain and gearbox. Manufacturers get involved here.

Everyday car names occupy pit lane. Audi and Jaguar already have teams. Nissan and BMW will next season. Mercedes-Benz and Porsche are joining for season six.

“This is like a playground for them,” Mahindra Racing driver Feliz Rosenqvist said. “When you get to the competitive side, you can always find new ways that maybe you wouldn’t do on a normal car. You push the software and hardware.”

The steering wheel, which has a programmable screen, is also fair game.

Things can get technical when the car gets broken down into specific parts and technology is thrown into the mix. But the basics remain: Energy is how far. Power is how fast.

It just doesn’t sound like the normal racing car. The roar of a combustion engine is missing.

“That’s normally like a sensor for your driving—how quick you’re going, how you hear the revs—and now you can only hear the wind,” Rosenqvist said. “It’s more like riding a bike. As you increase your speed, you just start hearing wind.”

To spectators, the whizzing equates to an amplified toy car, go-kart or scooter. All electric, of course.

It’s not that disruptive to the public.

Electric cars are the way of the future. They’re already racing on city streets. They go rain or shine—only stop for thunder or lightning. And they’re much better for the environment.

“Your whole life runs on a battery,” Gill said. “The time is now.”