De Beers to flood Snap Lake Mine in Northwest Territories 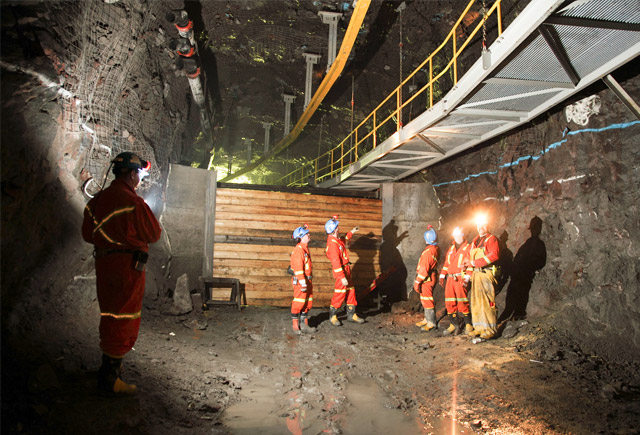 CALGARY—De Beers Canada plans to flood its idled Snap Lake diamond mine in Northwest Territories early next year after failing to find a buyer.

The company originally shut down the mine about a year ago, laying off 434 workers while leaving on a 55-person crew to oversee the mine’s upkeep.

But the global diamond giant’s Canadian subsidiary said late last week it would implement an extended care and maintenance program designed to preserve the long-term viability of the mine while reducing costs. Flooding the mine will mitigate a number of environmental risks associated with maintaining a dormant operation, but lead to 20 further job cuts at the mine, which is about 220 kilometres outside Yellowknife.

Snap Lake’s closure last year was a blow to the region’s economy, though the recently-opened Gahcho Kue mine offset some of the losses. De Beers and its partners spent $1.5 billion to develop Snap Lake, according to the N.W.T. government.

The company said it attempted to find a buyer for the mine, but could not reach an agreement.

The flooding project will take approximately six to eight weeks to complete. The 35 remaining workers will be primarily responsible for ongoing environmental monitoring activities.