De Beers begins ramping up production at Gahcho Kue mine in N.W.T.

Gems from the new mine are expected to be on the market by the end of the year, while full-capacity production is scheduled for early 2017 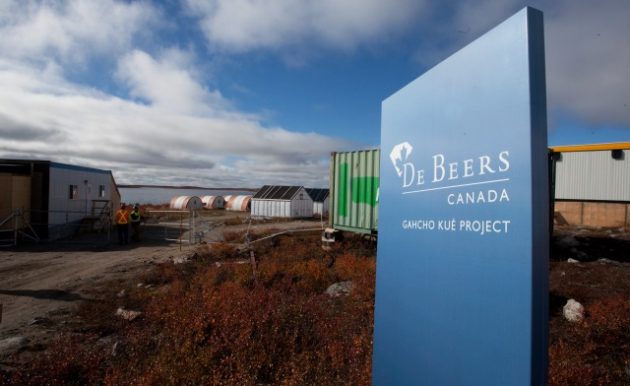 TORONTO—The De Beers Group of Companies and Toronto-based Mountain Province Diamonds have begun ramping up production at the huge Gahcho Kué diamond mine in the Canadian Arctic.

Under construction since 2013, the complex, which is approximately 280 kilometres northeast of Yellowknife in Northwest Territories, is on-track to reach full commercial operations by the first quarter of next year. At full-capacity, the mine is expected to produce 4.5 million carats of diamonds per year over its initial 12-year lifespan.

The mine is the largest new diamond mine under construction anywhere in the world.

“Gahcho Kué will not only strengthen De Beers in Canada, but ensure Canada remains the third leading diamond producer, by value, in the world,” Kim Truter, CEO of the company’s Canadian operations, said. “We are excited to see this project move into the production phase and must congratulate our Gahcho Kué team and thank our community partners for helping us deliver this world-class mine.” 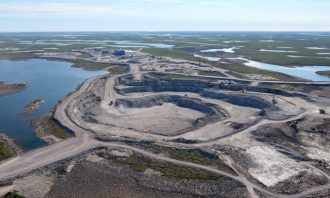 The site is the largest new diamond mine under construction anywhere in the world. PHOTO: De Beers

The project is expected to boost economic activity in the region and provide much-needed jobs; late last year De Beers idled its Snap Lake mine in N.W.T., eliminating 434 positions. At the time, the company said it had already begun transferring some employees to the new Gahcho Kué site—though it only committed to creating positions for about 100 of the laid-off workers.

De Beers, itself majority owned by Anglo American, holds a 51 per cent stake in the project, while Canadian miner Mountain Province Diamonds controls 49 per cent.

The pair of diamond companies expect to have Gahcho Kué diamonds on the market by the end of this year.


Related Stories
Gahcho Kue mine in N.W.T. on track for 2016 production
Snap Lake Mine closure will not impact construction of nearby Gahcho Kue
De Beers set to open huge N.W.T diamond mine; complex will employ 530
De Beers heads west amidst downturn; miner moves HQ from Toronto to Calgary