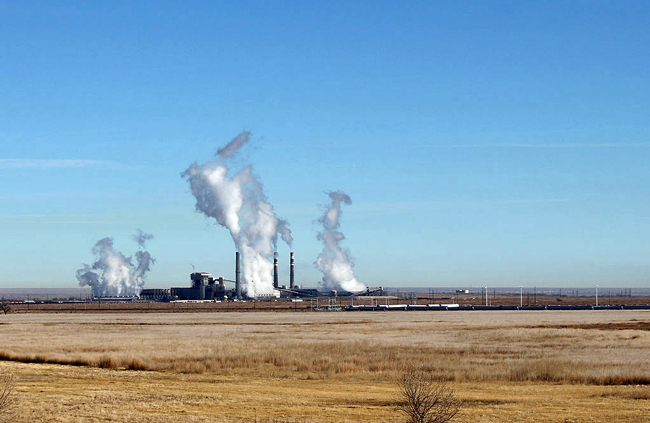 DENVER—In a fresh blow to coal, Colorado’s largest utility is looking to put the high-emissions fossil fuel on the back-burner.

Earlier this week, Minneapolis-based Xcel Energy Inc. kick-started the process to push 660 megawatts of its Colorado coal-fired generating capacity into early retirement while launching a procurement battle for as much as 1,700 MWs of wind and solar power.

Xcel currently operates 10 coal generating units at five plants across Colorado. Under the plan, which Xcel presented to the Colorado Public Utilities Commission Aug. 29, the company would shut two of those units at its Comanche Generating Station in Pueblo, Colo. by 2025. The move would eliminate more than one-fifth of its current coal power capacity.

“The proposal could increase renewable energy to 55 per cent by 2026, save customers money, and dramatically reduce carbon and other emissions,” David Eves, president of Xcel Colorado, said in a statement.

The move is similar to those being made in other U.S. jurisdictions, despite the efforts of U.S. President Donald Trump to revitalize the coal industry.

In Canada, the federal government and individual provinces have already committed to phasing out coal entirely. Ottawa, for instance, announced plans to eliminate coal from the electricity supply by 2030 last year.

Ontario completed its coal phase-out in 2014, but several provinces, including Saskatchewan, Nova Scotia and New Brunswick remain reliant on the fossil fuel. Alberta, meanwhile, put a plan in place last year to shut down its remaining coal generating stations by 2030 and replace the lost capacity with renewables.

In Colorado, Xcel plan to procure and estimated 1,000 MW of wind power, 700 MW of solar and up to 700 MW of natural gas power capacity over the next decade The utility says the shift won’t result in additional costs for its customers.

According to the U.S. Energy Information Administration, Colorado relied on coal for 60 per cent of its electricity in 2015. Natural gas also supplied 22 per cent, while renewables contirbuted 18 per cent of its grid’s energy.