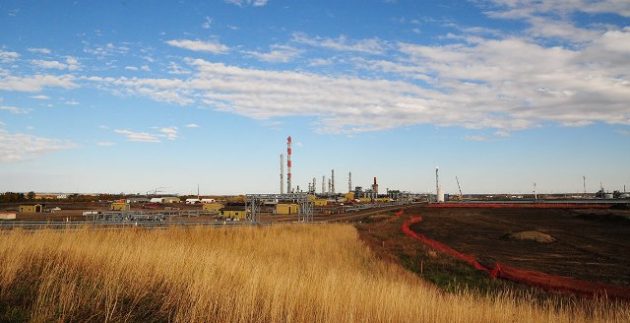 DENVER—New data on air pollution from fracking wells in Colorado will be a big help in assessing whether the emissions are harmful to human health, state officials say.

The research by Colorado State University professor Jeff Collett didn’t measure the emissions’ health effects, but state officials will use the data in computer modeling to assess the risks, said Mike Van Dyke of the Colorado Department of Public Health and Environment.

“This study is incredibly useful,” said Van Dyke, chief of environmental epidemiology, occupational health and toxicology for the health department.

The state expects to hire outside researchers by the end of next month to begin modeling the human health risks, using the western Colorado research as well as data from a second study Collett is conducting at wells near the state’s urban Front Range.

The state risk study is expected to be completed in January 2018.

Collett’s study is the first time researchers have been able say with certainty they were measuring pollution only from drilling operations and not from other sources, Van Dyke said.

Van Dyke believes Collett’s study is the first of its kind in the country.

Fracking, or hydraulic fracturing, uses pressurized water, sand and chemicals to break open underground formations and release oil and gas. Critics say air pollution, spills and leaks from fracking operations are a threat to public health and the environment, but the industry says the procedure is safe.

Quizzed by the county commissioners in Glenwood Springs on Tuesday, Collett said neither the companies nor anyone else influenced his research.

Collett’s team took air samples and measurements from the plume of air emissions downwind from new natural gas wells during three phases: drilling, fracking and “flowback,” when the natural gas began flowing out of the fractured formations and up the well, pushing the water and fracking chemicals back out.

They also released a tracer chemical _ acetylene _ at the well site, which helped them identify which direction the emissions were blowing.

Researchers measured the same pollution upwind from the site so they could determine how much of the emissions were from the well and how much were already in the air.

Collett said the highest level of well emissions came during the flowback phase.