More than 200 Canadian workers are pitching in after Hurricane Irma left millions without power in the southern U.S. and the Caribbean 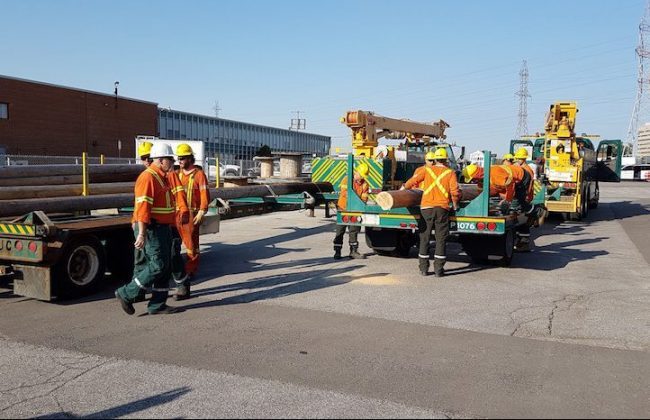 A Toronto Hydro crew preparing to head south to lend a hand in the post-Irma recovery effort. PHOTO: Toronto Hydro

OTTAWA—Canadian electricity crews have headed south to help millions of people left without power by Hurricane Irma, which tore through a number of Caribbean islands and Florida over the past week.

More than 200 workers and dozens of trucks from Ontario utilities are en route or already working to restore electricity in the southern U.S.

Hydro One, Toronto Hydro and Hydro Ottawa said they have dispatched crews of mechanics, forestry staff along with the necessary equipment to repair power lines and get the lights back on.

Nearly 4.5 million homes and businesses lost power when the storm made landfall in the U.S. Sept. 10 after barreling through the Caribbean.

Along with the assistance headed to Florida, Newfoundland-based utility Fortis Inc. said it has sent a team to Turks and Caicos, a group of islands also damaged by the powerful hurricane. Fortis operates a subsidiary on the small, low-lying islands.

Utility officials expect it will take weeks to restore electricity to everyone.

—With files from The Canadian Press