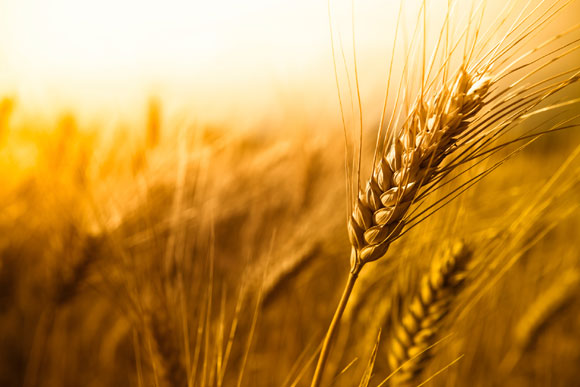 CALGARY—The gatekeepers of Canada’s rich agriculture exports are spending hundreds of millions of dollars to upgrade export terminals as they prepare the country to become an ever-growing bread basket to the world.

Canadian grain shipments have been steadily rising and hit a record high in the last crop year. And Canadian companies are making long-term bets on the growth of crop exports.

Statistics for the 2016-2017 crop year shows Canada continues to improve on the massive logistical hurdle of moving prairie grains to global markets.

“It was the best year we’ve ever had in terms of total movement and total amount of grain that was exported,” said Mark Hemmes, president of Quorum Corp., which monitors grain shipping for the federal government.

The numbers show Canada’s rail network moved 50.7 million tonnes of grain from Western Canada for a five per cent bump from the year before, with about 39.7 million of that getting shipped to the ports of Vancouver, Prince Rupert, and Thunder Bay.

To put it into perspective, the amount of grain hauled on trains last season would be the equivalent weight of carrying 430 CN Towers, which lined up end to end would stretch from about Montreal to Quebec City.

The company, which bought a majority stake in the Canadian Wheat Board’s assets after it lost its monopoly in 2012, is in the midst of spending more than half a billion dollars on a modern grain shipping terminal in Vancouver, the first built from scratch at the port since the late 1960s.

Gerrand said climate change will also increase international demand for Canadian agriculture, which has already seen a big jump in shipments to Asia.

“From a Canadian perspective, we’re positioned fairly well to manage what appears to be coming at us like a freight train,” said Gerrand.

“What you’re going to find over time, and research would indicate, is that geographical areas like Canada, the northern climes, will become more efficient at growing grains, at the expense, unfortunately, of the more southern climes.”

G3’s terminal will be a dominant player, with capacity to ship about eight million tonnes a year, but all the major grain handlers have been making investments.

Winnipeg-based grain handlers Parrish and Heimbecker Ltd. and Paterson GlobalFoods have a West Coast terminal in the works that will be able to ship about four million tonnes of grains a year.

The export terminal, to be built on the Fraser River in Surrey, B.C.’s port lands, is still going through regulatory review with a potential construction start next year.

And further north, Ray-Mont Logistics International officially opened its new grain terminal in Prince Rupert at the end of August, which can ship about a million tonnes a year.

The transportation system has in recent years strained under the increased load—including a disastrous 2013 shipping year—leading to major investments in smoother operations and better co-ordination.

Gerrand said G3’s Vancouver terminal is designed to improve the efficiency of the system, allowing two 134-car trains to unload simultaneously while still hooked up to the locomotive and in motion, which he said will reduce cycle times from farmers fields to the port by more than 40 per cent.

“Everyone in the industry is concerned about congestion at all of our ports, including Vancouver. We’re bringing the solution,” he said.

Hemmes of shipping monitor Quorum Corp. said the capacity and efficiency investments are needed, since farmers have been improving grain production by about 2.5 to three per cent a year for the past five years, with more growth on the way.

He said the latest efforts, however, are part of a long-term push to improve grain transportation, with travel times cut in half since he started monitoring the system in the early 2000s.

“It used to be 70, sometimes as much as 80 days to get from the farm to the time it got on a vessel at the port. That’s down into the low 40s now. So the system has become far more efficient.”