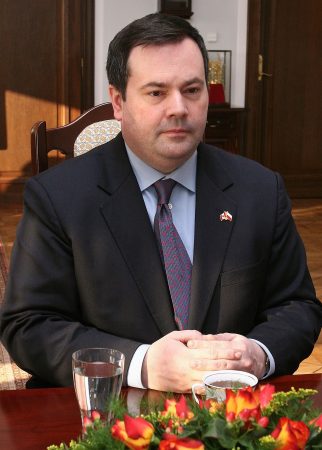 EDMONTON – Premier Jason Kenney put forward a bill Wednesday to kill the Alberta carbon tax – and he put Ottawa politicians on notice that if they try to backstop it with their own levy, he’ll see them in court.

An Act to Repeal the Carbon Tax will kill Alberta’s greenhouse gas levy as of May 30, followed by a windup of programs, rebates and grants that came with it.

“It will put that money back in Albertans’ pockets where it belongs. After all, the carbon tax has been all economic pain and no environmental gain,” said Kenney.

Prime Minister Justin Trudeau has already signalled that if Alberta removes the tax, it will impose its federal carbon levy, as it has done with other non-complying provinces: Ontario, Saskatchewan, Manitoba and New Brunswick.

Kenney said if that counter move is made, Alberta will go to court.

“We will launch a judicial reference challenging the constitutionality of the federal carbon tax at the Alberta Court of Appeals.”

He said Alberta will also help Saskatchewan and Ontario in their carbon tax court challenges.

Not only will Alberta appeal on Ottawa’s right to levy the carbon tax on provinces, Kenney said it will also argue that the existing Alberta tax on large industrial greenhouse gas emitters – and the similar program Kenney has promised to replace it with – is already a carbon tax that fits the definition of what Ottawa is trying to impose.

The tax on fossil-fuel heating and gasoline at the pumps was phased in by former NDP premier Rachel Notley’s government in the first day of 2017 and has raised more than $2 billion.

Much of that money has been rebated to low and middle-income Albertans while the rest funded a range of green projects ranging from solar panels and energy-saving light bulbs to light rail transit construction.

The government has not released details or timelines of the windup, but Environment Minister Jason Nixon has said existing commitments will be met.

The carbon tax bill is among about 12 pieces of legislation expected to be passed by Kenney’s government in its first session. They were outlined Wednesday by Lt.-Gov. Lois Mitchell in her throne speech.

One bill will roll back rules to help businesses grow, including a reduction in the $15-an-hour minimum wage for workers 17 and younger. Another bill will slash the corporate tax to 8% from 12% over the next three years.

A full budget is expected this fall.

Kenney won the election on a promise to balance the budget within four years while not raising or adding taxes.

He has stressed he wants to grow the economy and find savings to keep frontline services whole, but that Alberta’s multibillion-dollar budget deficits of recent years are not sustainable.

“Albertans should be ready because this is going to hurt,” Notley told reporters.

“This government is preparing Alberta for cuts to classrooms and hospitals to pay for the budget hole from their tax cut to wealthy corporations.”