China has more weapons in U.S. tariff war but do they work?

As the main global supplier of rare earths, China's sway could extend much further into the U.S. technology sector

May 23, 2019  by Joe McDonald And Michael Liedtke, The Associated Press 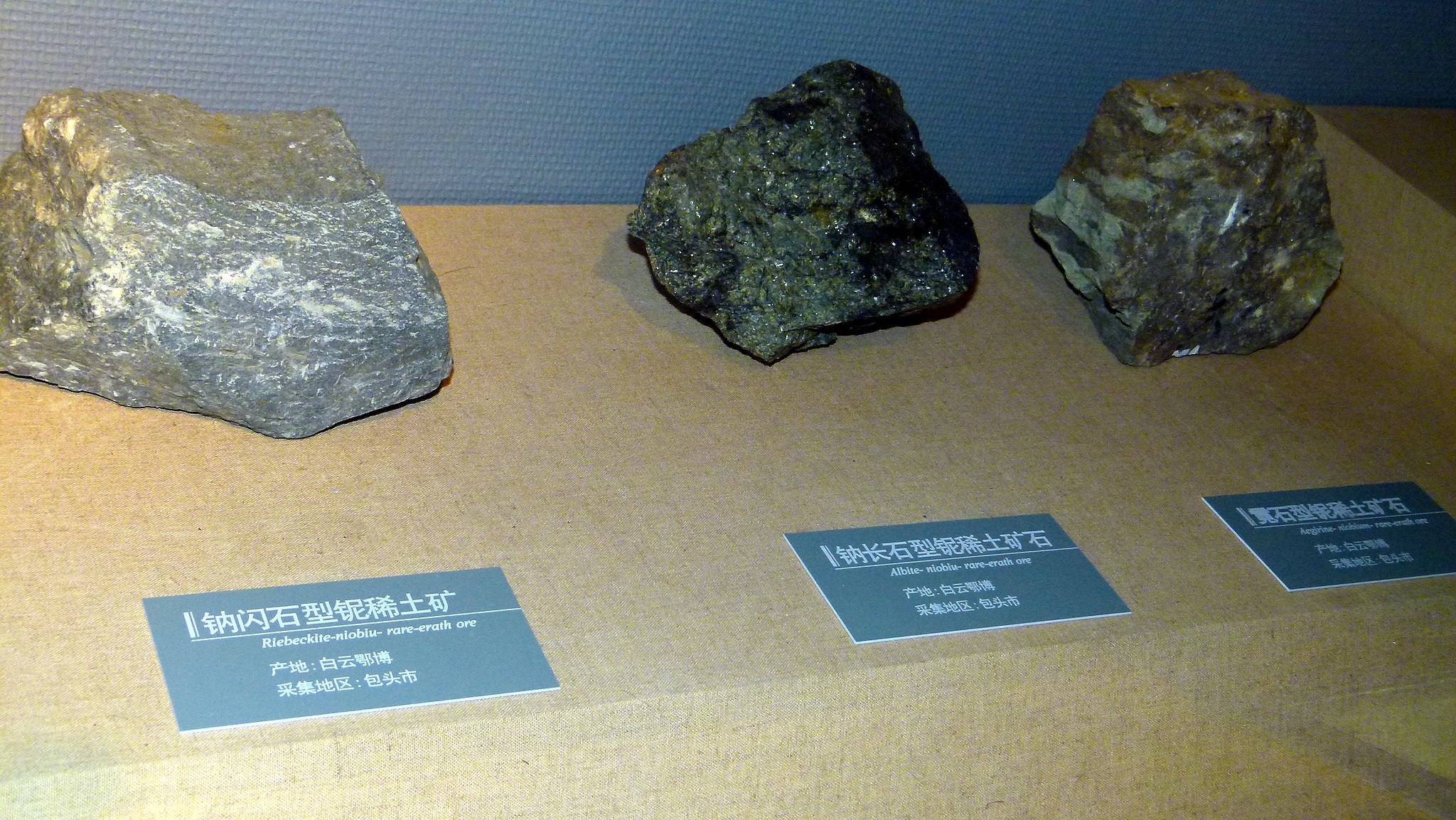 BEIJING – Looking for ways to hit back at Washington as a tariff fight escalates, President Xi Jinping and his economy czar visited a Chinese factory that processes rare earths – exotic minerals used in electric cars, mobile phones and other technology.

The message was clear: China’s role as the main global supplier of rare earths used in smartphones, lightweight magnets, batteries and other components is leverage over Washington. And China’s sway could extend much further into the U.S. technology sector, particularly to Apple and other companies that rely on Chinese manufacturing.

Until now, Beijing has tried to look restrained in its fight with President Donald Trump over technology and trade. It has responded to U.S. tariff hikes by imposing penalties, but usually on a smaller number of American imports.

As the two sides dig in for what may be a long fight, Xi’s visit suggested his government is looking for new ways to pressure Washington to settle. Investors are already fretting that Beijing will eventually try to limit, or even choke off, Apple’s iPhone production and sales in China. That threat has triggered an US$80 billion loss in shareholder wealth so far this month.

“There is rampant fear that Apple has a target on its back, and China is getting ready to fire,” Wedbush Securities analyst Daniel Ives said.

While Beijing has an array of options for disrupting trade, they carry economic and political costs. And there is no guarantee they will work.

China’s first retaliatory tariffs aimed to undermine Trump politically by targeting farm states that backed him in the 2016 election. Undeterred, Trump hiked duties on more Chinese imports. Then Beijing hit manufacturers, who lashed out. He pressed ahead.

If they want results, Chinese leaders might need to hit him where it hurts, by depressing U.S. stock prices, said Derek Scissors, a China specialist at the American Enterprise Institute in Washington.

It isn’t clear how that can be done, Scissors said in an email, “but the president is sensitive to extended market weakness.” Apple’s vulnerability to stock-price declines most likely has not gone unnoticed in Beijing.

Accompanied by his top economic adviser and lead trade envoy, Xi visited JL MAG Rare-Earth Co. Ltd. in the southern province of Jiangxi on Monday, according to reports that made no mention of the fight with Trump.

Nationalists see China’s position as the biggest miner and processor of rare earths as a potent weapon in disputes with the United States, Japan and other governments.

China has about 30% of global deposits but accounts for almost all production. The United States, Australia and some other countries also have rare earths, which include 17 elements such as yttrium and scandium. But their output dwindled in the 1990s, when Beijing flooded global markets with low-cost supplies as it built up an industry to process ores and make lightweight magnets and other products.

In 2010, some people in the rare-earth industry said shipments to Japan were suspended after Tokyo detained a Chinese skipper who rammed Japanese Coast Guard boats in a disputed area of the East China Sea. Beijing denied it was curbing exports in retaliation.

The skipper and his crew were released without charges, and nationalists began to view rare earths as a weapon.

Still, supply disruptions might alienate customers and energize political pressure to expand rare earths production in the United States and other countries.

Few U.S. companies are more vulnerable to the trade war than Apple, which relies on Chinese factories to assemble the iPhones that generate most of its profits. It has also cultivated a loyal following in the country. China is now Apple’s third-largest market after the U.S. and Europe, accounting for 20% of its sales during its past fiscal year.

Apple CEO Tim Cook has spent much of the past year straddling the diplomatic channels of both the U.S. and China. He has been to China multiple times over the last 18 months and had at least one meeting with Xi in October 2017 that also included Facebook CEO Mark Zuckerberg. He also has met with Trump several times, including at least one time 13 months ago when trade was a top topic, according to a tweet by the president.

So far, the iPhone has not been hit by tariffs in either the U.S. or China.

“Cook has been a master tactician so far,” Ives said.

But the Trump administration’s decision to bar U.S. technology sales to Huawei, one of China’s leading brands, might finally put Apple in the crosshairs.

In the most extreme scenario, China’s government could orchestrate raids of the factories assembling iPhones and other Apple products, or impose restrictions that throttle the company’s supply chain in the country.

But China could suffer as well. Apple’s Chinese factories employ an estimated 1.4 million workers. In 2017, Apple estimated that its business was responsible for creating and supporting 4.8 million jobs in China, including people who work on apps made for the iPhone and iPad.

Any direct assault on Apple would also probably discourage other U.S. companies and investors from putting more money into China, said Michael Hirson, who follows China for the Eurasia Group.

“It doesn’t send a very good message if you go after Apple when its CEO has been an advocate for you,” Hirson said.

The government could also covertly undermine Apple behind the scenes by encouraging consumer boycotts of the iPhone in favour of homegrown phones from Huawei and Xiaomi. There already have been signs of an Apple backlash in China; a big drop in iPhone sales in China late last year caused Apple to badly miss its financial forecasts for the crucial holiday shopping season.

Analysts have estimated retaliatory action from China could trim Apple’s profit by 10% to 20%. That would translate into annual earnings decline of $6 billion to $12 billion, based on Apple’s profit of nearly $60 billion last year.

China has billions of dollars of American imports on which it has yet to impose retaliatory tariffs, but going ahead with that would mean raising the cost of microchips and other technology or raw materials needed by industries Beijing is eager to promote.

So far, Beijing has responded to Trump’s tariff hikes on $250 billion of Chinese imports by slapping penalties on $110 billion of American goods. Based on last year’s trade, that leaves about $45 billion. That includes semiconductors and other critical inputs needed by fledgling Chinese tech industries.

Beyond tariffs, China can also retaliate through its regulators, who have already turned to disrupting some operations of U.S. companies in China by slowing down customs clearance for their goods or impeding the issuing of their licenses. But the heavily regulated economy gives them plenty of other ways to hurt companies.

Tax, safety, anti-monopoly, environmental and other investigations can tie up managers for months and lead to expensive fines or orders to suspend operations.

Business groups say local officials, eager to attract investment, are assuring American companies they are welcome. But those groups also say they have warned member companies to be prepared for pressure from regulators.