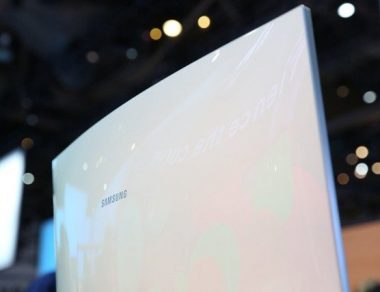 The latest request for arrest is a major shift in the South Korean government’s often-lenient relations with its large companies and business leaders. PHOTO: Samsung, via Flickr

SEOUL—In a departure from the leniency typically given South Korean big businesses, prosecutors requested the arrest of the de facto head of Samsung Electronics, the country’s most valuable company, in an influence-peddling scandal that has toppled the country’s president Jan. 16.

Lee Jae-yong, the 48-year-old vice chairman at Samsung Electronics, faces allegations of embezzlement, of lying under oath during a parliamentary hearing and of offering a bribe of 43 billion won (US$36 million) to a long-time friend of impeached President Park Geun-hye, according to Lee Kyu-chul, a spokesman for a special prosecutors’ team investigating the political scandal.

It will surprise many that prosecutors requested the arrest of the man who symbolizes the future of South Korea’s most important chaebol, as family-controlled conglomerates are known. Such leaders tend to be treated as vital for the national economy.

Samsung Electronics is South Korea’s most successful company and a source of pride for many who equate its huge global success with national prestige. The company has gone through a rough patch in the past half-year, however, after its latest premium smartphone was found to be prone to catching fire.

Prosecutors understood worries that Lee’s arrest could hurt the economy, but “we believed that it was even more important to carry out justice,” Lee, the spokesman at the special prosecutors’ team, told reporters.

A Seoul court said it will review the prosecutors’ request on Wednesday. The request takes two to three days to review, according to a Seoul court official in charge of arrest warrants who declined to give his name because of office rules.

“The public demand that chaebol, especially Samsung, should not be an exception and that everyone should be equal before laws has become stronger,” said Kim Sang-jo, executive director of Solidarity for Economic Reforms, a private watchdog on big businesses. “Prosecutors and judicial institutions cannot ignore the huge pressure from the public.”

Samsung allegedly donated funds to various entities controlled by Choi Soon-sil, the jailed secretive confidante of the president, including two non-profit foundations and a winter sports centre run by Choi’s niece. This allegedly happened while the company was seeking the government’s help with a leadership succession within the Samsung group to Lee Jae-yong from his father who has been hospitalized for more than two years.

Part of the money given to Choi allegedly was embezzled by the Samsung vice chairman, the spokesman for the prosecutors said. He declined to disclose the exact amount.

Samsung said it has never made donations to win favours.

Prosecutors also indicted ex-health minister Moon Hyung-pyo on Monday on charges he abused his power to compel the national pension fund to support a contentious Samsung merger in 2015.

“We cannot accept the special prosecutors’ argument that there were unlawful favours related to the merger or the leadership succession,” Samsung said in a statement.

The investigation of the Samsung chief could also target Park. Her impeachment is under review by the constitutional Court, which will decide whether to restore her power or force her from office. The prosecutors’ spokesman said investigators had evidence proving that Park shared wealth with Choi and was an accomplice in the Samsung bribery case. They plan to summon Park and will then decide whether to name her as a suspect in the Samsung case, he said.

The national pension fund is the biggest shareholder in Samsung C&T. Its vote in favour of the company’s merger with Cheil Industries helped facilitate Samsung’s leadership succession, allowing Lee Jae-yong to increase his control over Samsung Electronics without spending any of his own money. Smaller shareholders said the merger unfairly benefited Samsung founding family members and hurt minority shareholders.

Samsung Electronics was founded by Lee Jae-yong’s grandfather. The younger Lee has been serving as its de facto head since his father suffered a heart attack in 2014.

Other leaders at Samsung, Hyundai Motor and SK, including Lee’s father Lee Kun-hee, have been convicted in the past for embezzlement or tax evasion. But most avoided imprisonment and later won pardons from presidents who worried that the economy might suffer if they were jailed.

In turn, the businesses often responded to such pardons by announcing big investments or jobs. A former South Korean president pardoned Lee Kun-hee, the ailing Samsung chairman, in 2009, in hopes he would help South Korea win a bid to host the Winter Olympic games.

He was reinstated as a member of the International Olympic Committee after the pardon and South Korea won the bid to host the 2018 Winter Olympics games in Pyeongchang.