The American-New Zealand owned space firm is using a US$75 million influx of venture capital to fund operations at its new L.A. facility and work towards its goal of frequent small satellite launches 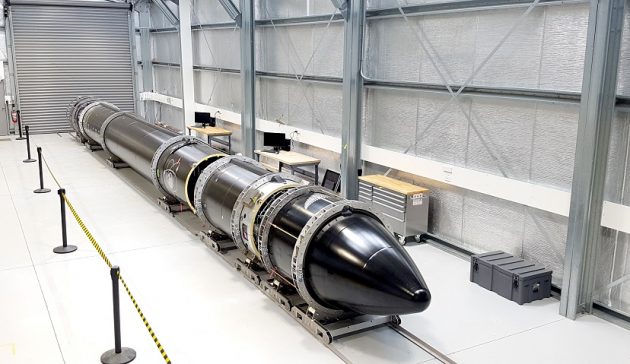 HUNTINGTON BEACH, Calif.—Rocket Lab, a private American-New Zealand owned space company, announced Mar. 21 the closing of a financing round for US$75 million, money that will fund launches of the company’s Electron rocket and operations at its new L.A. facility.

The closure of the financing round, led by a group of venture capital firms, brings the total funding Rocket Lab has received to date to $148 million, with the company now valued in excess of $1 billion.

“Closing this funding round comes on the heels of a big year that saw Rocket Lab finish construction on the world’s first private, orbital launch site and delivery of the first Electron rocket to the site ahead of our test launch,” said Rocket Lab CEO and founder Peter Beck.

Beck says the funding will help Rocket Lab scale up production of the Electron rocket and meet demand from small satellite developers looking to launch their craft into space.

“The commercial and humanitarian applications this will open up are endless, and it should unleash a torrent of financing for space innovation,” said Matt Ocko of Data Collective, an investor.

Rocket Lab’s new headquarters in Huntington Beach, Calif. also opened its doors Mar. 21. The company has had a presence in the L.A. area since 2013 and plans to expand its engineering and business units in the 150,000-square foot facility.