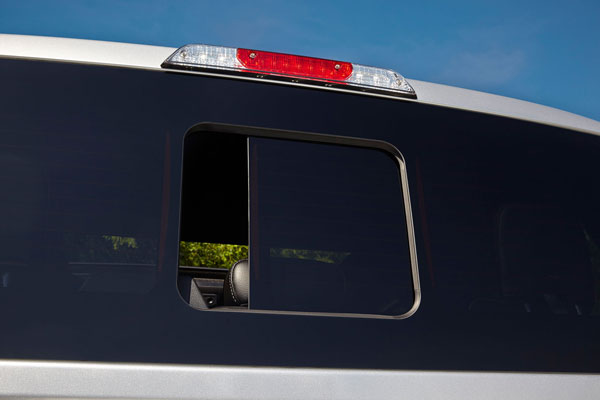 AURORA, Ont.—Magna International Inc. has been named a finalist in an automotive supplier competition presented by the Automotive News for a seamless rear sliding window the company developed for the 2015 Ford F-150.

According to Magna, its PureView seamless sliding window was chosen as a finalist in the ‘product’ category for the 2015 Automotive News PACE Awards.

The PureView design conceals the vertical seams that mark the edges of conventional pickup truck sliding rear windows, creating a smooth opening when viewed from outside.

Standard sliding rear windows typically contain three pieces of glass—fixed left and right panes and a sliding portion in the middle, all held together by a support structure.

The PureView window uses only two pieces of glass—the exterior surround and the sliding portion—which reduces the number of build and install components and the complexity of the system.

“With the PureView seamless slider we seized the opportunity to lead the market with a desirable new design and improved functionality.”

Award winners will be announced at the 21st annual Automotive News PACE Awards ceremony on April 20, 2015, in Detroit.