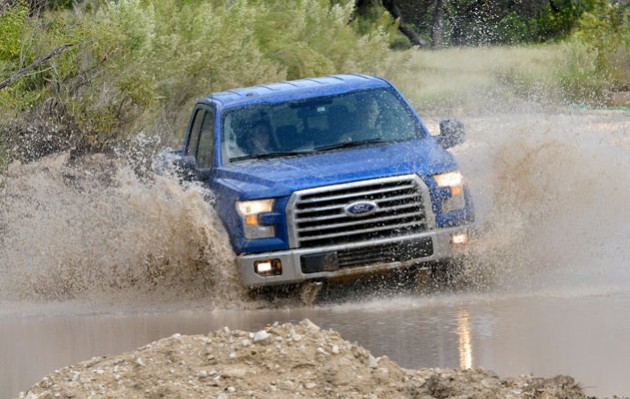 DETROIT—For the first time, Ford is offering a diesel engine on its F-150 pickup.

The change is one of several coming for America’s bestselling pickup in the 2018 model year. The revamped truck goes on sale this fall, with the diesel option following in the summer of 2018.

The F-150 is just two years into a revolutionary change. In 2015, Ford started making the truck’s body out of aluminum to save weight and increase fuel economy. A few months ago, the company introduced a new 10-speed transmission for the truck.

The frequent updates show what a crucial vehicle the F-150 is for Ford, says Karl Brauer, the senior director of content at Cox Automotive. The F-150 has been the nation’s bestselling truck since 1977. Last year, Ford sold more than 820,000 F-Series pickup trucks; that’s 93 trucks every hour.

“They’re not even going to remotely keep it from being competitive,” Brauer said.

Ford also needed a diesel for competitive reasons. The Nissan Titan and Ram 1500 pickups added diesels in the last few years, and Fiat Chrysler says diesels now make up 10 to 15 per cent of its Ram sales.

Ford won’t say what per cent of F-150 sales it expects to be diesels. It also won’t reveal projected fuel economy.

The new truck will still be aluminum-sided, but each trim level will have a new grille that looks wider and more horizontal than the current one. A big “F-150” will now be stamped into the tailgate. There are also new wheel designs.

In addition to the 3.0-litre diesel, engine choices include a new 3.3-litre V6 and upgraded versions of Ford’s 2.7-litre EcoBoost V6 and 5.0-litre V8. The 3.5-litre EcoBoost V6 released this year will also be available.

Ford has added optional safety features, including automatic braking with pedestrian detection and adaptive cruise control that works in stop-and-go traffic. The new truck will also serve as a Wi-Fi hotspot for up to 10 devices.

Ford showed off the truck Monday at the North American International Auto Show. It will be made at plants in Dearborn, Michigan, and Kansas City, Missouri.