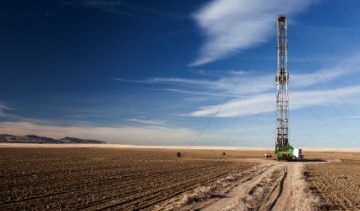 Fracking has come under significant criticism from activists about the safety and environmental impact of the process.

The assessment of the controversial process—in which sand, water, and a small quantity of chemicals are injected underground at high pressures in order to extract fossil fuel—analyzes the latest government and academic research on fracking.

“Canada has tremendous potential to produce oil and gas from shale using hydraulic fracturing. Regrettably, unsubstantiated fears have resulted in fracking bans in several provinces, preventing the extraction of resources that could generate significant wealth, employment and prosperity for Canadians,” Kenneth Green, senior director with the Centre for Natural Resource Studies at the Fraser Institute, said.

The report points to drinking water contamination concerns, which is one of the issues at the centre of the fracking debate, as largely unsubstantiated.

“A multi-year major study by the U.S. Environmental Protection Agency, released earlier this year, found ‘no evidence’ that fracking had led to ‘widespread systematic impacts on water resources in the United States,'” the report notes.

“In the small number of isolated instances where there was contamination, poorly constructed water wells or improper handling of wastewater were often to blame,” Green added.

Regarding concern over fracking’s impact on air quality, the report found fears were “overblown.” The study pointed to a 2014 report commissioned by the B.C. Ministry of Health that concluded the potential for adverse health effects in relation to oil and gas air emissions, including emissions from fracturing in northeastern British Columbia, was low. The report went on to say the province’s existing regulatory framework is “extensive and broadly protective of human health.”

In addition to water and air quality concerns, many recent anti-fracking critics have targeted earthquakes. Though the Fraser report concedes fracking can cause seismic activity, it found “the vast majority of earthquakes are of such low magnitude, they are barely noticeable.” The study also notes the number of earthquakes caused by fracking is much lower relative to other resource extraction methods such as mining and oil and gas field depletion.

“Canada already has robust regulatory process that covers the entire range of hydraulic fracturing processes at both the federal and provincial level,” Green said. “While more research into the environmental impacts of hydraulic fracturing is needed, bans against the fracking are not justifiable when you look at the latest research.”