The world's largest commercial drone maker has rebutted accusations that its drones collect and share information about U.S. utility companies, law enforcement and critical infrastructure with the Chinese government 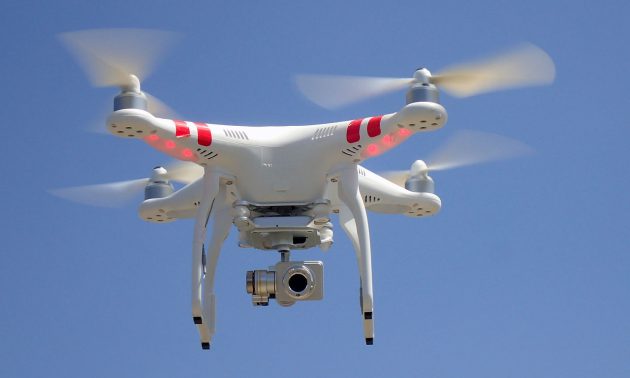 BEIJING—The Chinese company that is the world’s biggest maker of commercial drones is denying claims in a U.S. government document circulated online that it gives Beijing information about American law enforcement and utility companies.

DJI Ltd. denied suggestions in the document, posted on technology news websites, that it shared information about U.S. utility companies and other “critical infrastructure” with the Chinese government. A company statement said it doesn’t look at flight logs, photos or video “unless customers actively upload and share them with us.”

The dispute highlights growing concern among governments about potential risks associated with the flood of data generated by smartphones, social media and other technology. China has ordered companies to store data about its citizens within this country, which prompted Apple Inc. to announce plans in July to set up a data centre in southern China.

The U.S. document, citing an unidentified source in the unmanned aerial systems industry, says data from DJI drones are transmitted to computers in China to which the government might have access. The document says it was issued by the intelligence program of the U.S. Immigration and Customs Enforcement office in Los Angeles.

The American Embassy in Beijing said it had passed to ICE questions about whether the document was genuine.

The agency has “moderate confidence” that DJI “is providing U.S. critical infrastructure and law enforcement data to the Chinese government,” the document says. “A foreign government with access to this information could easily co-ordinate physical or cyber-attacks against critical sites.”

DJI, or Da Jiang Innovations Science and Technology Co., Ltd., was founded in 2007 by an engineer named Frank Wang and dominates the global market for remote-controlled drones used by photographers. It increasingly markets them for use in surveying or to monitor farms and industrial sites.

The DJI statement said the U.S. report was based on “clearly false and misleading claims.”

On said DJI has added features to give commercial or government users the option not to upload data to its servers or connect to the internet.

The DJI statement said the company submitted a rebuttal of the report to the ICE. It urged the agency to consider whether its source “may have had a competitive or improper motive” to hurt DJI by making false claims.

The U.S. military suspended use of DJI drones in August due to concern their data might not be secure. Australia’s military followed suit in September.