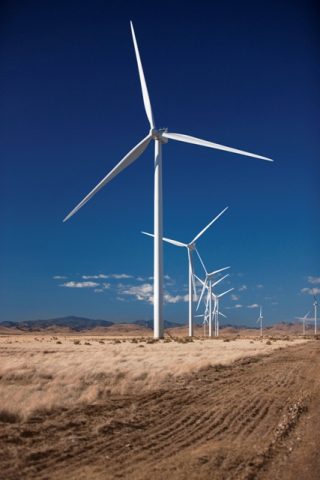 BRIGHTON, Colo.—The U.S. wind energy industry is off and running, employing record numbers as turbines generate a larger share of the nation’s electricity.

Wind produced 4.7 per cent of the U.S.’s electricity in 2015, according to a new American Wind Energy Association report. Still small by comparison, that figure can be compared to 33 per cent for coal, as well as slightly less than that for natural gas.

The association released the new wind power statistics at a Vestas Wind Systems turbine plant in Brighton, Colorado, near Denver.

And as turbines nationwide begin churning out more power, demand for wind energy is also driving up employment. The industry employed the equivalent of 88,000 full-time workers last year, up 20 per cent in a year, the report said.

“We need wind technicians to keep these machines running smoothly,” Tom Kiernan, CEO of the association, said at a news conference.

Chris Brown, president of Vestas America, said it can be difficult to find qualified workers.

Starting pay for wind technicians is about US$25 an hour, said Auston Van Slyke, wind energy technology director for Ecotech Institute in Aurora, a private school that trains workers for the renewable energy industry.

Texas remains No. 1 in the nation for wind energy jobs, while Iowa ranks second. Iowa takes top billing for generation, however. The state produced more than 30 per cent of its electricity from wind last year, a record for any state, the report said.