US$1.2 billion Clean Power Link will deliver electricity to state through a 154-mile transmission line 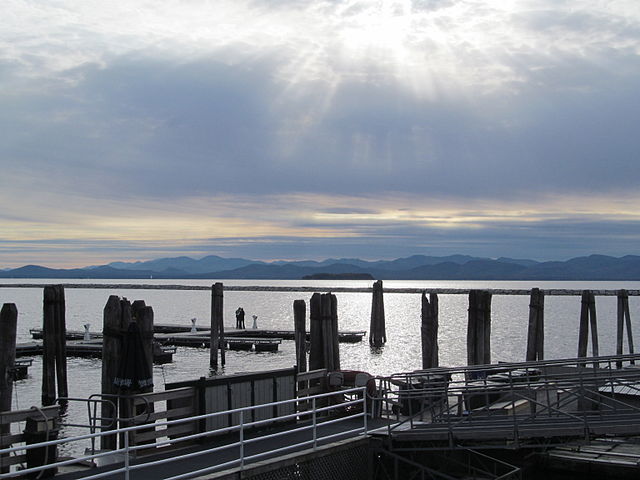 Lake Champlain at Burlington, Vt. 97 miles of the transmission line are planned to pass under the lake before emerging at Benson in the southern portion of the state. PHOTO: John Phelan, via Wikimedia Commons

MONTPELIER—The U.S. state of Vermont’s Public Service Board has green-lit a project that will transmit 1,000 megawatts of Quebec’s vast resources of hydro and wind power south of the border.

The planned New England Clean Power Link is a 154-mile underwater and underground transmission line that will travel from the Canadian border to the southern portion of the state. The line will run 97 miles beneath Lake Champlain before emerging near Benson, Vt., where it will be buried along roads for 57 miles to reach its destination—a converter station in Ludlow, Vt.

“The transmission line will provide significant environmental, electrical, and economic benefits for Vermont and the region, including, diversifying the state and regional fuel supply, reducing greenhouse gas emissions, creating hundreds of in-state construction jobs, producing over a billion dollars in new state and local revenues and public good benefits, and potentially lowering electricity costs,” the board said in its decision.

The Certificate of Public Good issued by the state’s PSB brings the project, proposed by TDI New England, one step closer to reality.

“This approval is the result of significant regulatory review, public input and consultation with stakeholders,” the company’s CEO, Donald Jessome, said. “We are pleased that the final result is a project that is supported and approved in Vermont. The Certificate brings us one step closer to delivering the benefits of clean, reliable, low-cost power to the residents and businesses of Vermont, and southern New England.”

Construction of the project is expected to begin in 2016, while the line is slated to enter service by 2019.