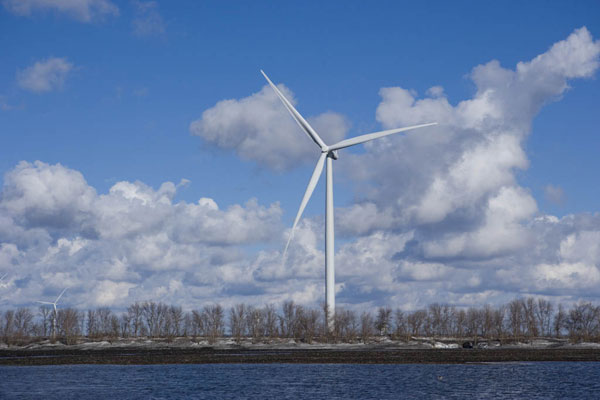 SAN FRANCISCO—Pattern Energy Group Inc. and the Henvey Inlet First Nation have signed an agreement to develop a 300-megawatt wind energy project on the latter’s land north of Toronto.

According to Pattern, which has become a major player in the Canadian wind market in recent years, the project slated for the Parry Sound, Ont., area will be a 50-50 joint venture with the Henvey Inlet First Nation.

Pattern will own a 50 per cent stake in the joint venture, while Nigig Power Corp., which is wholly owned by the Henvey Inlet First Nation, will own the remaining 50 per cent of the project.

The two companies will jointly develop, own and operate the project, which has a 20-year power purchase agreement in place with the Ontario Power Authority (OPA) for 100 per cent of its production.

“We’re honoured to partner with Henvey Inlet First Nation in Ontario on this exciting new project, which will take advantage of the strong and steady winds blowing across Georgian Bay,” Pattern CEO Mike Garland said in a statement.

“This will be our eighth wind project in Canada and the largest on-reserve wind project to date, creating local jobs and providing a significant new source of revenue for the First Nation.”

Pattern expects to arrange both construction and long-term debt financing for Henvey Inlet in 2016.