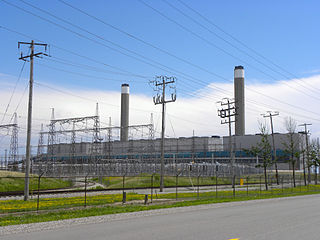 TORONTO—Not to be outdone by Alberta, which unveiled its climate change plan over the weekend, Canada’s most-populous province has passed legislation that permanently bans coal-fired power plants.

The “landmark” step is the first of its kind in North America and “sets maximum fines for anyone who violates the ban and enshrines the health and environmental benefits of making coal-fired electricity illegal in law.”

The move, however, is largely symbolic, as Ontario closed its last coal-fired power plant last year.

Nevertheless, the elimination of coal from the province’s energy mix was a huge boon for the environment, mitigating 30 mega-tonnes of greenhouse gas emissions annually, the equivalent of taking seven million vehicles off the road. Along with helping to combat climate change, the province also noted the initiative helped tackle Ontario’s smog. The number of smog days in Ontario declined from 53 in 2005 to zero in 2015.

“Ontario’s ban on coal-fired power is an important success story that I will be proud to share with world leaders at the United Nations’ Conference of the Parties in Paris next week,” Glen Murray, Ontario’s Minister of the Environment and Climate Change, said. “Provincial efforts are critical to Canada’s success to fight climate change and Ontario will work closely with the new federal government to fully leverage all possible opportunities to continue to reduce greenhouse gas emissions.”

As the world gears up for the Paris climate talks, Ontario is preparing to release its own Climate Change Strategy.