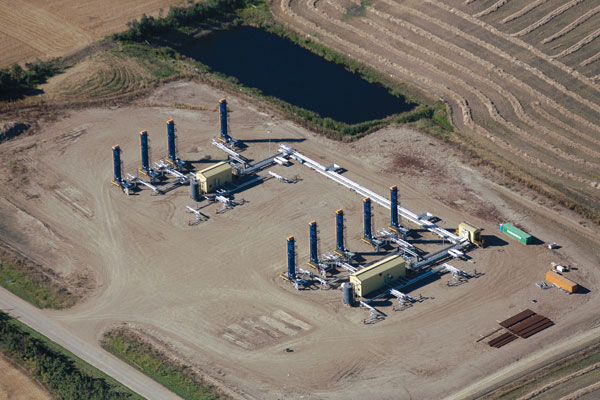 EDMONTON—The federal government has made a big week for the Canadian cleantech industry even bigger.

“Now is the time for Canadian companies to capture their share of the global market for clean technology,” Bains said. “From waste management to biofuels to greener solutions for the oil and gas industry, these Canadian companies are leading the world in intelligent, environmentally responsible and economically sound solutions in a number of key economic sectors.”

Since pledging $200 million a year in cleantech support during the election campaign last year, the Liberals have been vocal in their support Canada’s renewable and energy efficiency industries. The government maintains supporting cleantech as well as encouraging sustainable practices will create jobs, expand Canada’s access to international markets and make the country’s economy more competitive.

The $206 million in funding will be made available through Sustainable Development Technology Canada (SDTC)—with the arms-length government foundation directing the money to 36 different projects across Canada.

Terrestrial Energy and General Fusion, two firms that are developing next-generation nuclear technology, are among the many companies to secure federal support.

“The dedicated team at SDTC are champions for cleantech and its importance to the diversification of our economy,” Nathan Gilliland, CEO of General Fusion, said. “It’s also important to realize that SDTC’s clean energy projects will help Canada meet its commitment to reducing greenhouse gases.”

CO2 Solutions Inc., Comet Biorefining Inc. and Teck Resources Ltd. are three other prominent funding recipients. A full list of the companies who have earned a share of the $206 million is available here.

This week’s Globe Conference also coincided with a climate-focused first ministers meeting on Canada’s west coast. Though federal and provincial leaders emerged with an agreement to work toward developing a unified strategy to combat climate change, what concrete results the meeting will produce remain to be seen.

Proponents of climate action argue Canada needs to act more quickly in adopting clean technology, while critics question the enormous cost involved as well as what a shift could mean for Canada’s traditional energy sector. Throughout the week, Trudeau has tried to strike a conciliatory tone, saying pipelines and wind turbines should not be pitted against one another.