Don Iveson, the mayor of Alberta's capital, said that Canadian municipalities have influence over half of Canada's total greenhouse gas emissions 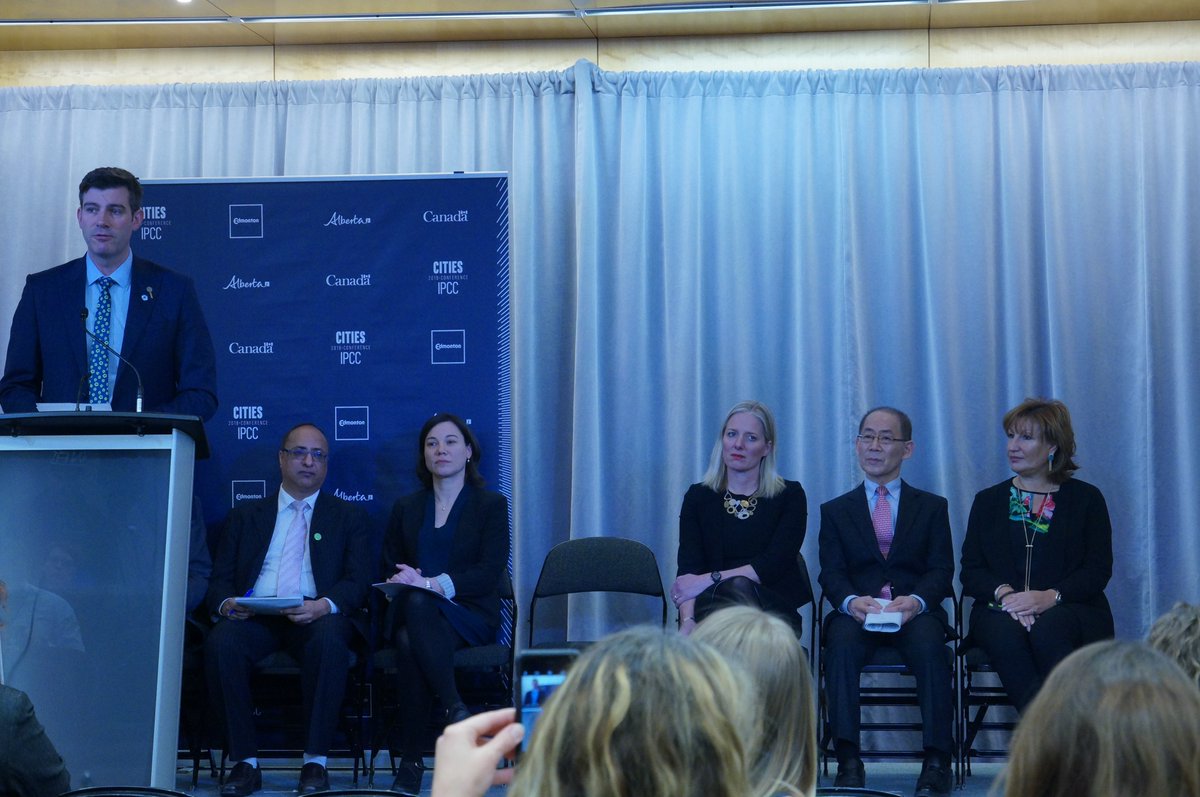 EDMONTON—Cities can do a lot to fight climate change on their own even if the levels of government they answer to aren’t interested, the mayor of Alberta’s capital told an international conference on Monday.

Don Iveson said when President Donald Trump announced his intention last June to pull the United States from the Paris climate accord, more than 90 American mayors stated their cities would still work to meet the targets.

“Today, that number is 400 American mayors,” Iveson told the cities and climate change conference in Edmonton.

The meeting is sponsored by the United Nations Intergovernmental Panel on Climate Change, which compiles worldwide science on the evidence for and impacts of global warning. The event has attracted hundreds of delegates from around the world.

It’s not just North American cities that are involved. Iveson pointed to the C40 climate advocacy group that includes more than 90 of the world’s largest cities totalling 650 million people and generating about one-quarter of the world’s economy.

“This is all about bottom-up action,” he said.

C40 is focused on tackling climate change and driving urban action to reduce greenhouse gas emissions and climate risks, while increasing the health, well-being and economic opportunities of urban citizens.

Jonathan Koehn, sustainability director for the city of Boulder, Colo., said there are ways to work within senior jurisdictions that aren’t sympathetic to fighting climate change.

“The most insidious force we face is resignation, the numb acceptance that we can’t change a thing,” he said.

Rather than doing things such as encouraging homes and businesses to consume less power, Boulder has focused on making sure the electricity it provides is greenhouse gas neutral, Koehn said. Energy efficiency isn’t enough.

“We’ve got to address our supply side,” said Koehn.

Most of any country’s greenhouse gas emissions come from transportation, so urban design is another big climate change lever that cities can pull, he said.

“Historically, we have treated pedestrians as second-class citizens.”

Efficient and affordable mass transit is another tool cities can use to reduce greenhouse gas emissions, he said.

Koehn added that cities can also have a powerful advocacy voice.

“If we are talking about behaviour change, that goes hand in hand with advocacy.”

Cities can work to change the attitudes of senior levels of government, he said. In Colorado, 16 communities belong to the Colorado Communities for Climate Action.

“We’re not shying away from talking about climate. We’re not going to call it something that it’s not. Our sole purpose is to focus on policy reform at the state level.

“Cities are recognizing that we do have a role and a responsibility. We, in fact, can be the catalyst for change—an extraordinary shift in the notion that cities are beholden to state governments.”